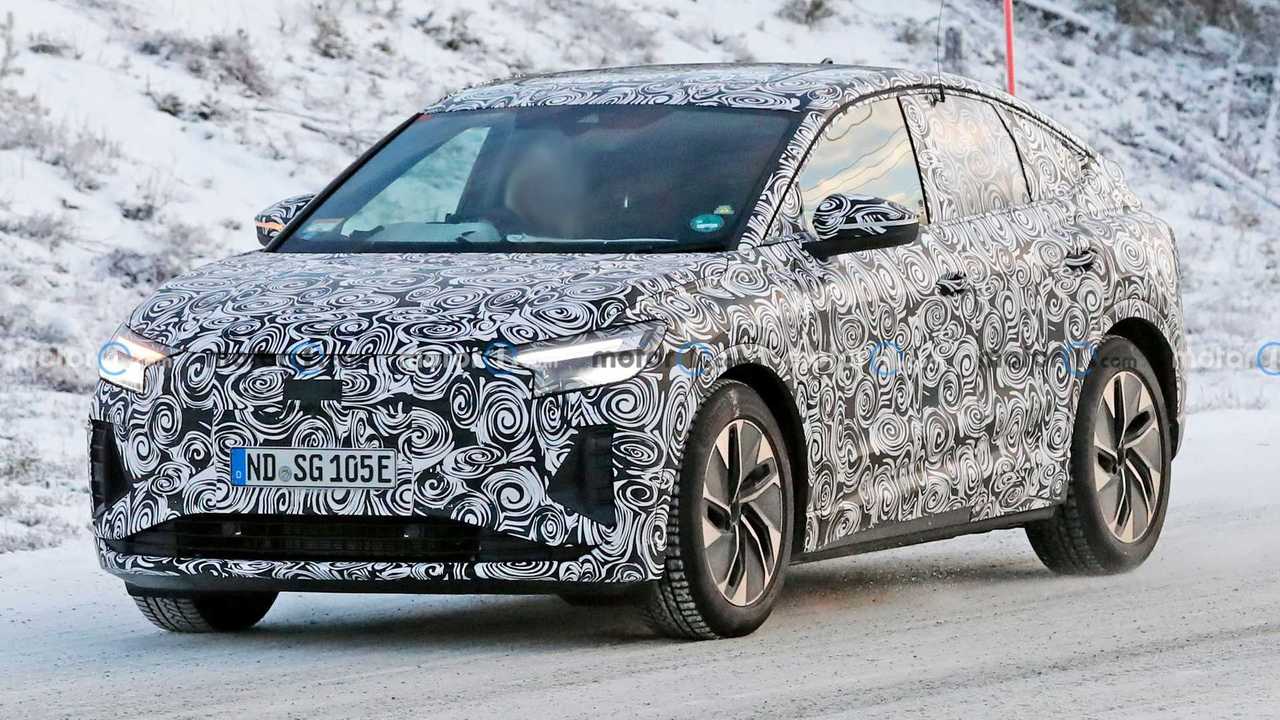 Update: Added 13 additional spy photos in a new gallery below.

The Audi Q4 Sportback is not an important new model for just Audi. It shares its underpinnings throughout VW Group, but a heavy dose of Audi styling hides those similarities. However, the automaker has yet to introduce the model, so a layer of swirly camouflage continues to distort its details. New spy photos show the all-electric crossover is still out testing, illustrating its ongoing development before it goes on sale sometime next year.

The Q4 E-Tron Sportback rides on VW Group’s MEB platform, which also underpins the Volkswagen ID.4, but you can’t tell their related. The Q4 will follow the brand’s design language with its own touches, like the sealed-off grille, aerodynamic wheels, and lack of tailpipes. However, the test vehicle still resembles the original concept. There’ve also been hints at Audi allowing customers to choose their own daytime running lights pattern for the headlights, which also appear to feature a new diesel.

Details about the powertrain remain a mystery. Audi gave the concept a 301-horsepower (224-kilowatt) dual-motor setup. That’s likely what Audi will use to power the all-wheel-drive model as we expect Audi also to offer a single-motor model powering the rear axle like the ID.4. In the VW, the motor makes 201 hp (149 kW). Like the VW, the single-motor Q4 will likely pair with the 82-kilowatt-hour battery that offers around 250 miles (400 kilometers) of range. It’s unclear what kind of range the dual-motor will offer.

Next year is packed with new electric vehicles arriving from a range of automakers, though we expect a very determined rollout of these models. Audi will debut the regular Q4 before the Sportback variant, though we don’t know when that’ll be. We expect something early next year. There are rumors of a hotter S variant, though that’ll likely come well after the regular models are on the market.