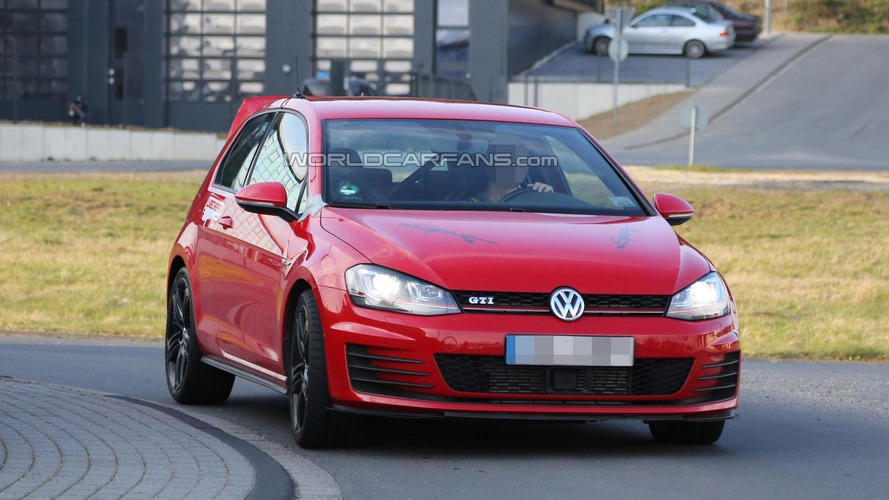 A mysterious Volkswagen Golf GTI prototype has been spied on the Nürburgring.

A mysterious Volkswagen Golf GTI has been spied on the Nürburgring.

Despite looking like a prototype from Wiechers Sport, our spy photographer said it's something more special as it "attempted to make a secret run on the last lap of the day" and was escorted by two Volkswagen support vehicles. Our clandestine operative also points out the "support crew were clearly less than amused to see us at work."

Despite their disapproval, the pictures reveal the car has been equipped with a front spoiler, a lowered suspension and five-spoke alloy wheels. We can also see a massive rear spoiler and seats from the Golf R.

There's no word on what powers this particular prototype but our spy photographer said it "sounded very powerful." This likely suggests the turbocharged 2.0-liter four-cylinder engine has received some performance upgrades.

Nothing is official but speculation suggests the car could debut at Wörthersee 2014 as the Golf GTI Club Sport.