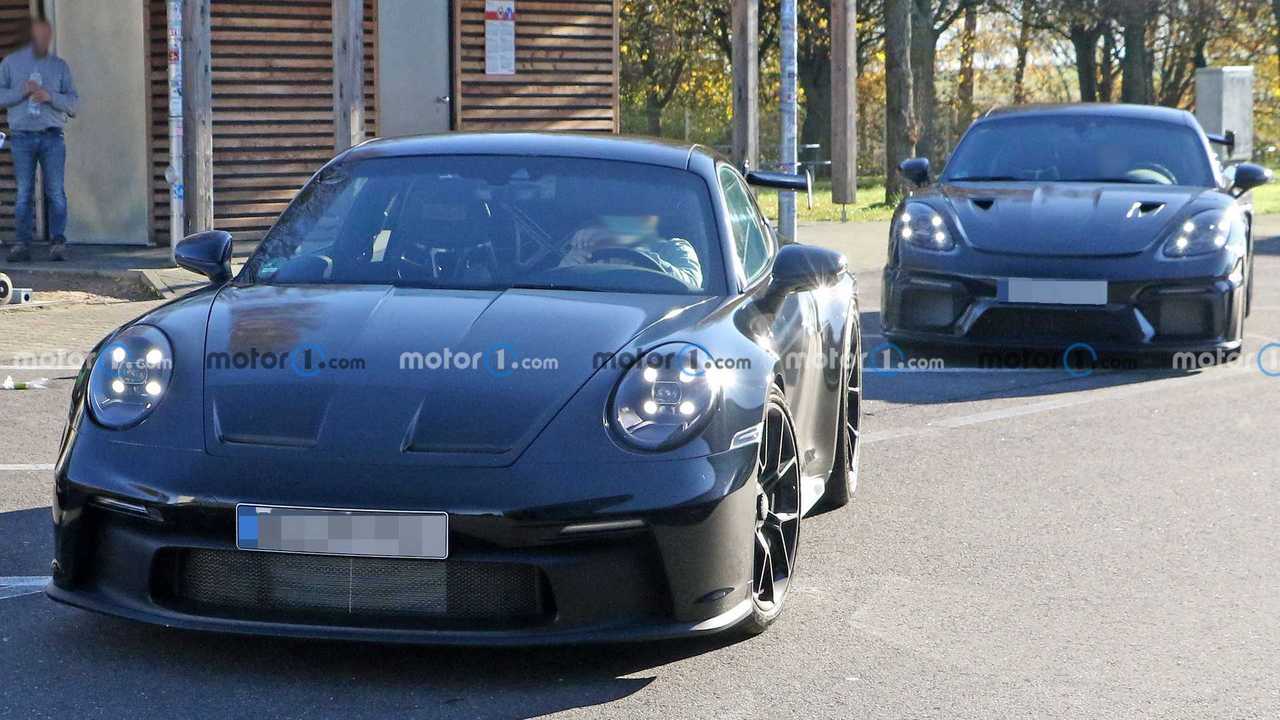 At this point, both cars are basically revealed.

At this point, the only thing left for Porsche to do is drop an official press release. We've seen the next-generation 911 GT3 on almost a daily basis, and most of those sightings show test vehicles with little-to-no camouflage. This particular 911 appears to be completely uncovered, and that includes the small portions of black tape that sometimes try to obscure body lines.

The only masking attempts visible on this vehicle are related to branding. On the rear fascia you can clearly see a GT3 badge undercover, and Porsche hides further branding between the taillights. Even the headrests on the GT3-specific seats have branding covered up, but it's not nearly enough to fool Porsche connoisseurs. In short, here's the 992-Series 911 GT3 in all its winged glory.

And yes, that is a very big spoiler hanging off the back. We've seen various GT3 test vehicles sporting different wings, and that could be an area where some question still remains. It's likely there will be at least one variation on the GT3 that adopts a quieter approach with an active spoiler, but we've also seen test vehicles with a neat ducktail wing. With there be different wing options for the GT3, or is Porsche simply evaluating different designs?

Porsche 911 GT3 Spied Up Close And Personal Without Any Camo
⠀

This time around, our 911 spy shots include a 718 bonus. The photos come from a rest stop off the German autobahn, where this GT3 was traveling with an equally black Cayman GT4 RS. This particular photo session focused on the 911, but the hardcore Cayman appears equally camo-free and ready for the limelight. These two machines make quite a naturally aspirated pair, with the mid-engine GT4 RS believed to have a 4.0-liter flat-six making 500 horsepower at a stratospheric RPM limit. The GT3 should also wield the 4.0-liter mill, but tuned to make an even more spine-tingling 550 hp.

So yeah, at this point both cars are unofficially revealed. We expect Porsche will keep things unofficial for the rest of the year, with full disclosure coming early in 2021. It's not clear yet if the GT3 will go on sale as a 2021 or 2022 model.