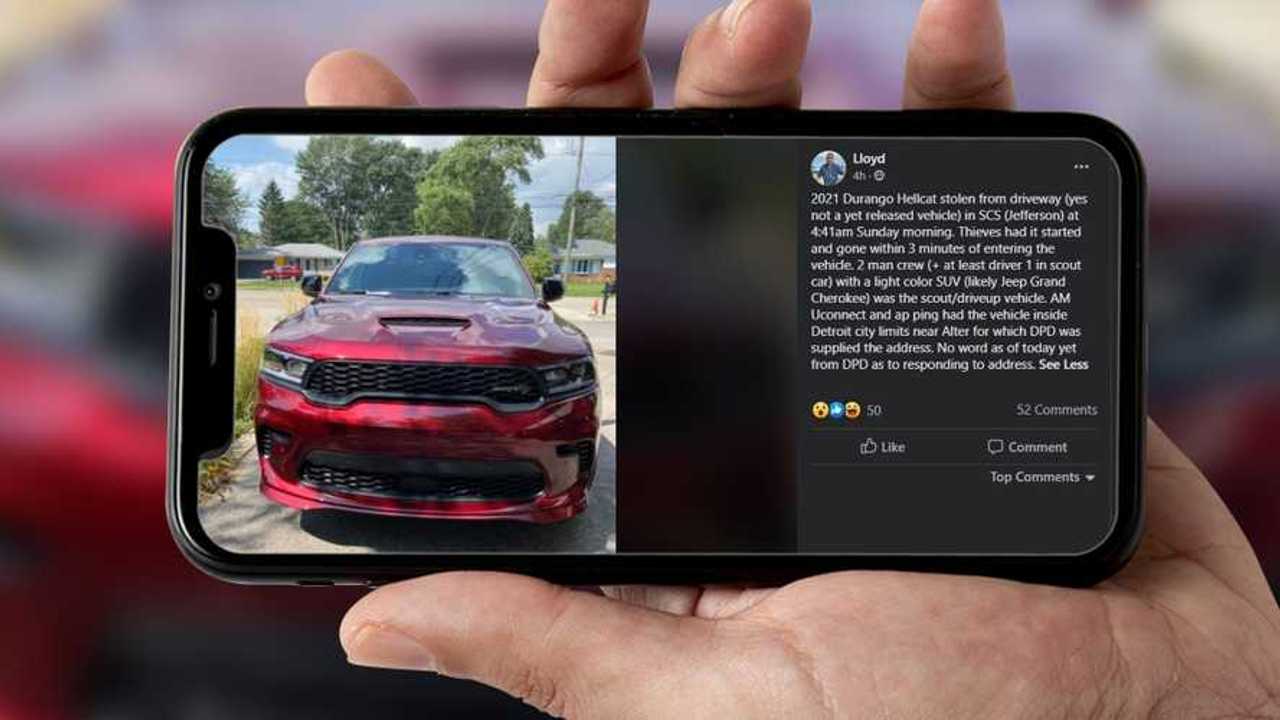 The crooks hotwired the SUV in just three minutes.

Customer deliveries of the Dodge Durango SRT Hellcat don't begin until early 2021, but there are a few pre-production examples out there in the hands of company employees. The temptation of having the much-anticipated model before anyone else was apparently too much to resist for some crooks in Detroit, Mopar Insiders reported.

According to a Facebook post, a group of criminals rolled up on the pre-production SUV in the wee hours of the morning. These folks were apparently pros because two of them were able to break into the Durango and driving away within three minutes. There was also a lookout vehicle.

The thieves stole the Durango from Saint Claire Shores – a suburb northeast of Detroit. Pings from the vehicle's Uconnect system showed it was left at an address on Alter Road – a distance of only 10.8 miles, according to Google Maps. The Dodge employee gave the location to police. In an odd coincidence, Alter Road is only a few miles away from the Jefferson North Assembly Plant that builds the Durango.

Dodge is not specifically limiting Durango SRT Hellcat production, but it only intends to build them for around six months. Dodge boss Tim Kuniskis expects the company to make less than 2,000 units in that time, which ensures the vehicle's rarity.