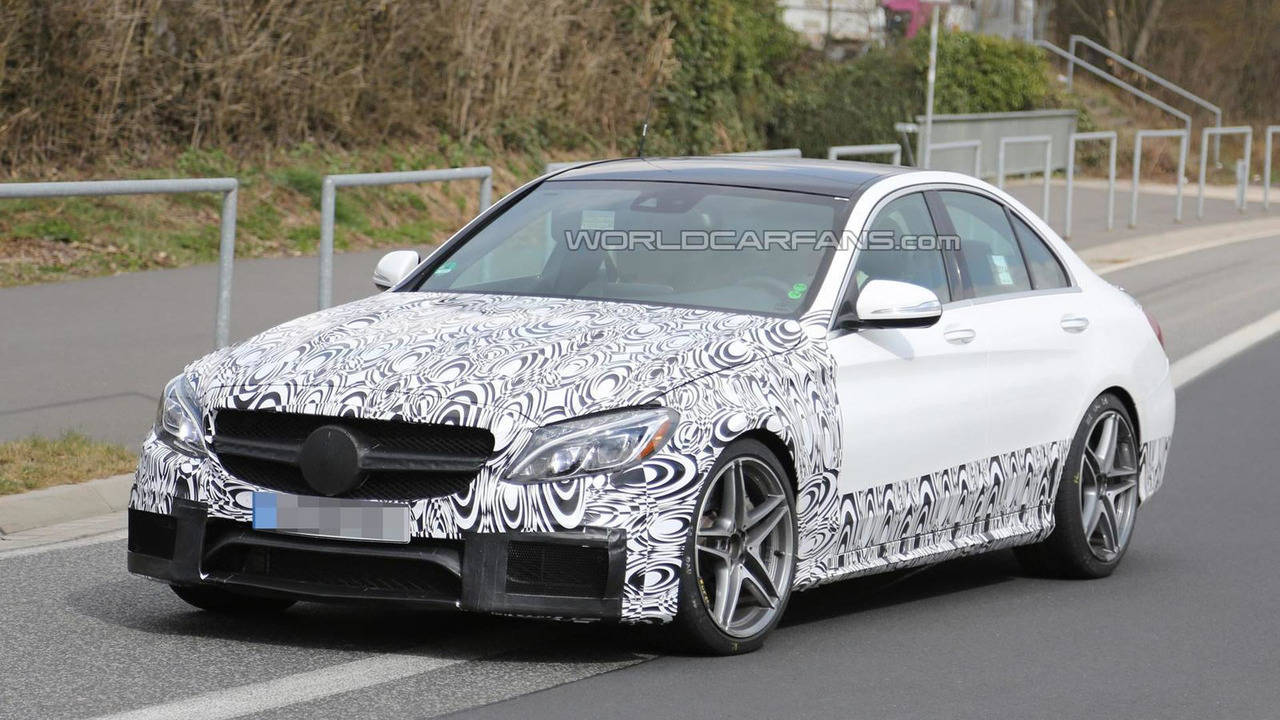 A slightly less disguised white prototype of the upcoming Mercedes-Benz C63 AMG Sedan was spied undergoing testing on the Nürburgring in Germany.

A slightly less disguised white prototype of the upcoming Mercedes-Benz C63 AMG Sedan was spied undergoing testing on the Nürburgring in Germany.

Looking tastefully restrained, the range-topping C-Class (W205) wears the usual AMG body kit and wheels matched to a quad exhaust arrangement and beefier air vents. It sits lower than the regular model and has two central creases on the hood while the side skirts have been enlarged. We provided spy pics of the interior last week showing the changes will be minimal.

Its heart and soul is going to be an already confirmed twin-turbo 4.0-liter V8 engine which is expected to churn approximately 450 HP (331 kW). Rumors are indicating a higher-spec "S" version is already in the works and should generate as much as 500 HP (368 kW).

The C63 AMG Sedan will go on sale at the beginning of 2015 and will probably be unveiled before the end of this year. Following the sedan's debut, Mercedes-Benz will also introduce an estate derivative of the C63 AMG and the Germans could also be planning similar versions for the coupe and cabrio.