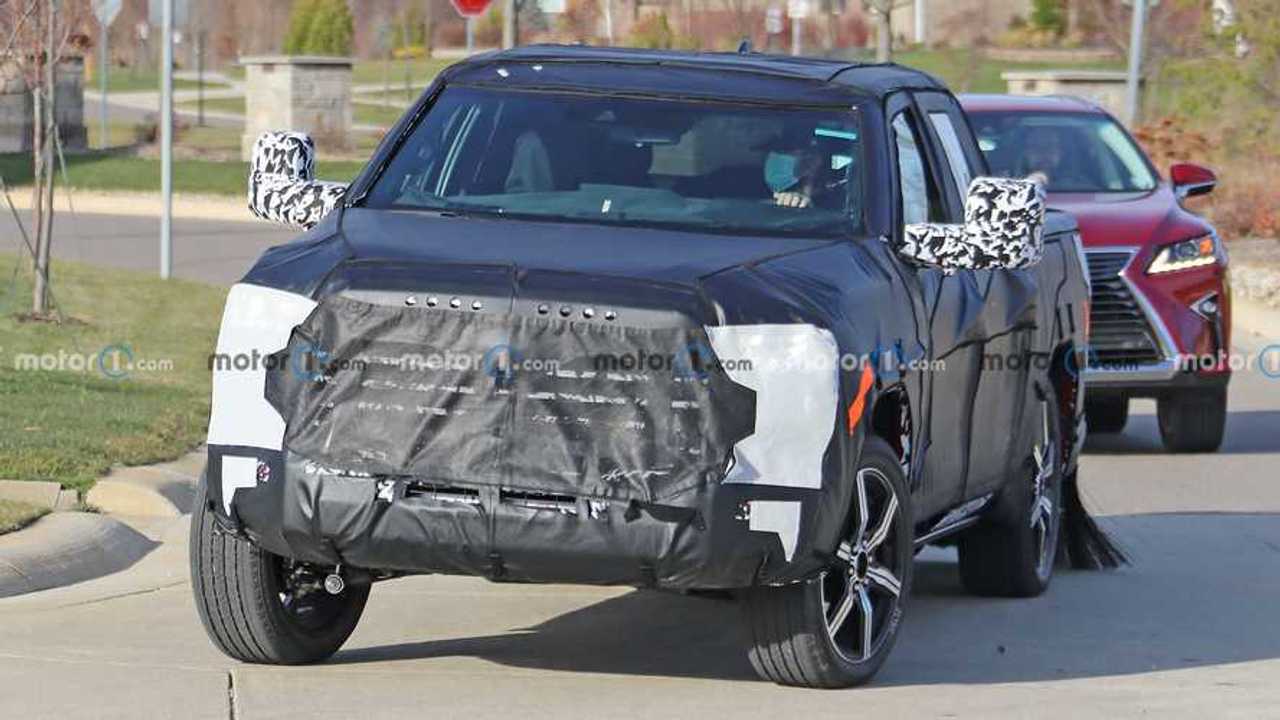 The camouflage hides a lot, but there are a few details to pick out.

While we've known about a new generation of the Toyota Tundra being under development for over a year, the pickup hasn't shown up in many spy shots. Now, photographs are providing the best look yet at the future pickup.

The front end of the new Tundra appears to retain the grille layout of the current model by using thick, horizontal crossbars. The headlights occupy a fairly small portion of the truck's face. Given the location of the white covering over them, we wonder if the turn signals sit vertically below the lamps.

This truck has Toyota's four-door CrewMax cab. There are no spy shots of the Double Cab configuration yet, making us wonder if the company might offer the truck in only one body style.

Toyota's covering does a great job of concealing the back end. The vertically oriented taillights are barely visible at the outer edges of the body. The wheels now have six lugs, rather than five, and the exhaust exits sideways behind the rear axle.

According to our spies, Toyota's engineers did not want them to snap photos of the Tundra's rear suspension. Maybe, this is just the team being cautious, or there could be some big changes back there that require hiding.

What To Expect From The New Tundra:

Also, the Tundra didn't sound like it had a V8 under the hood, according to the people who heard it. This fits with rumors of Toyota offering the truck with a twin-turbo V6. There might even be a hybrid version of the miss available in the pickup.

Toyota has developed the new F1 platform for all of its body-on-frame vehicles worldwide. Naturally, the Tundra is among them. The company is engineering the new underpinnings with the ability to accept electrified powertrains in mind.

Look for the new Tundra to go on sale for the 2022 model year. According to a rumor, the arrival at dealers is not until December 2021.