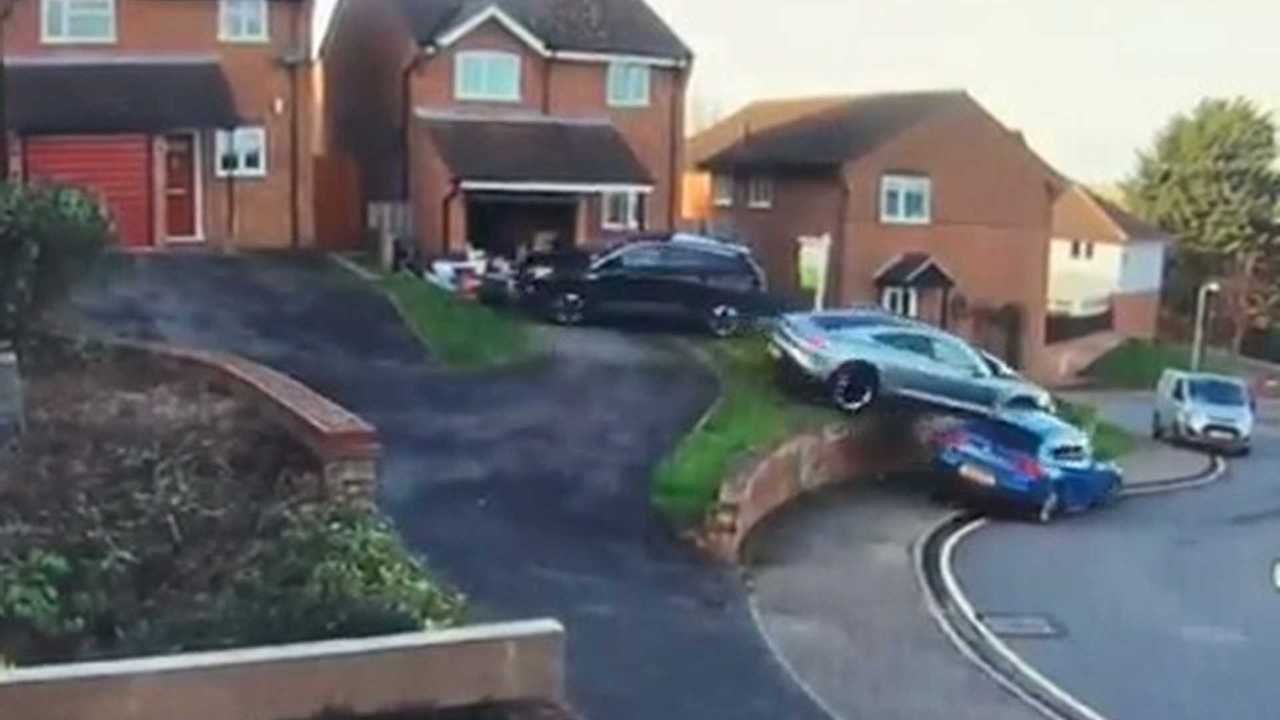 We're not sure what happened, but the insurance company won't like that.

An electric vehicle’s instant torque can be both a blessing and a curse, and this Porsche Taycan’s driver learned that lesson the hard way. Footage of a peculiar accident has emerged, showing what looks like a quiet neighborhood somewhere in the UK judging by the brick houses and the sidewalk parking. The performance EV is right-hand drive, so this must’ve happened in Britain.

That’s certainly not the best driveway design we have ever seen, but that still doesn’t fully explain the cause of this odd crash. Perhaps the driver stepped on the accelerator pedal instead of hitting the brake, utilizing the Taycan’s abundance of instant torque in the worst way possible. Another plausible explanation is a medical condition, perhaps the driver had a stroke and wasn’t able to control the vehicle anymore.

Regardless of the cause, the insurance company certainly isn’t going to like this. The Porsche Taycan hit a parked SUV before flying off the driveway, slamming into what looks like a previous-generation BMW 1 Series before ending up with two of its wheels up in the air. We’re hoping the driver is ok and this was just a costly pedal confusion faux pas rather than a heart attack.

That instant torque I mentioned earlier might have been the “culprit” as the driver might’ve stepped on the “gas” pedal a bit too much and the Taycan’s electric motors did their thing. After all, even the base 4S has an instant torque of 477 pound-feet (647 Newton-meters) of torque. Porsche has launched a lesser single-motor version with rear-wheel drive, but this car riding on the Mission E concept's wheels can’t be it since it’s only available in China for the time being.

If you know what happened (and where), please let us know in the comments below.