The livestream will start at 8 AM Eastern / 1 PM GMT.

Daimler isn’t willing to let Rolls-Royce and Bentley grab all the sales in the ultra-luxury sedan segment and is ready to claim a piece of the action with a worthy competitor for the Ghost and Flying Spur. Because size does matter, the Mercedes S-Class is being stretched furthermore for a lavish Maybach version offering an abundance of rear legroom.

Debuting today, the new Maybach S-Class will distance itself from the more “plebeian” Benz version with a bespoke grille featuring vertical slats along with a two-tone body. It will also get its own wheel designs and wear the double M logo on the rear pillar, along with discreetly modified bumpers to further separate it from the lesser variants.

The real magic will take place inside the cabin, specifically in the back where Mercedes-Maybach will throw in every luxury feature available. The recently launched Maybach GLS paints an accurate picture of what to expect from the upcoming luxobarge, but with the S-Class riding on a new platform, it could have even more high-end features.

A rear-seat entertainment system is a given, and so are separate climate controls and quite possibly a fridge. We’re also expecting a detachable tablet in the rear center console to control what will surely be a plethora of functions, including electrically operated rear window curtains. The chauffeur-driven S-Class could also get champagne flutes and just about every premium amenities you could possibly think of in a top-tier vehicle.

Taking into account the sheer size of the vehicle, chances are the rear-wheel steering system will be offered as standard equipment to make the sedan behemoth easier to maneuver in a tight area. The twin-turbo 4.0-liter V8 used by many Mercedes models including the latest S-Class will find its way underneath the long and imposing hood.

Further down the line, the twin-turbo 6.0-liter V12 will eventually power the Maybach S-Class as Mercedes has previously said this model will be the only car to keep the powerhouse. For the first time, the twelve-cylinder mill is going to work with a 4Matic all-wheel-drive system rather than sending power only to the rear axle.

We’ve attached all of the teaser clips released by Mercedes-Maybach in the build up to the reveal scheduled for later today. In one of the videos, we can observe the Maybach emblem on the rear pillar is illuminated, while other clips show the dual paint job, the unique grille design, and the “little dance” of the intricate LED taillights.

The livestream will start at 8 AM Eastern / 1 PM GMT. Following its reveal, the Maybach S-Class will go on sale in the United States sometime next year. While the S-Class Convertible did spawn a limited-run Maybach special edition, that won’t be the case this time around as the two-door S-Class models are not going to be renewed. 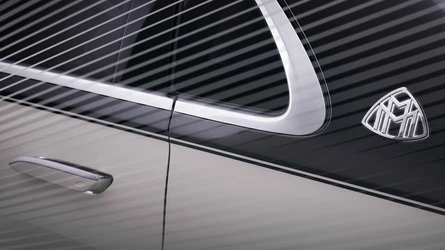 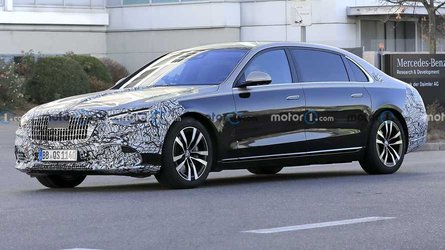