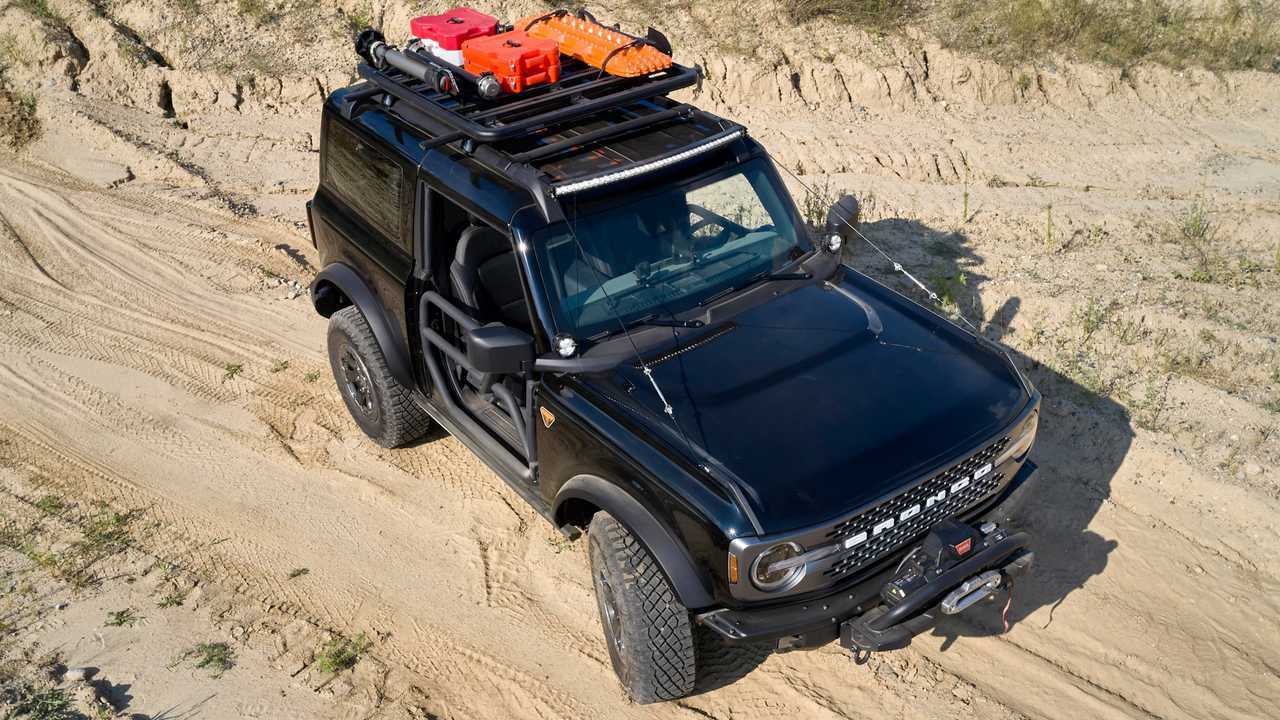 Ford promises a wide selection of accessories will be available.

The lead up to Ford revealing the 2021 Bronco featured a ton of speculation and guesswork based on numerous patents and trademarks the automaker had filed. Some previewed trim names while others showed off features and accessories we’ve yet to see. Ford Authority has discovered one such trademark filed back in July for EZ Air that’s marked for “land motor vehicle doors,” which has flown under the radar until now.

The filing, published just this month, is sparse, though one doesn’t need a ton of information to speculate what this could be for. As Ford Authority notes, the Dearborn-based automaker has promised a ton of accessories for the Bronco, though we haven’t seen the majority of them. EZ Air doors don’t make much sense for any other Ford model than the Bronco, though we have no idea what they’ll look like or how airy they’ll be.

Ford teased what kind of accessories the automaker could offer a month after it revealed the Bronco, showing off two Bronco concepts. The Bronco Badlands-based Trail Rig featured tube-style doors – middle-ground between the regular door and no door at all – though those are already available, and not with the EZ Air name. Ford also showed off a donut door, though that was just a concept that won’t enter production. Ford may also never use the EZ Air name.

Catch Up On The Latest Bronco News:

2021 Bronco production won’t begin until next spring, which is when Ford will have more than 200 aftermarket parts and accessories available for the two- and four-door off-roader. Unless Ford says otherwise, we’ll be waiting until then to get a full look at all the goodies the company plans to offer as Ford helps Bronco customers customize their SUVs. There’s also a chance that the doors could magically appear on the configurator as an option, as other accessories have.

Source: US Patent and Trademark Office via Ford Authority