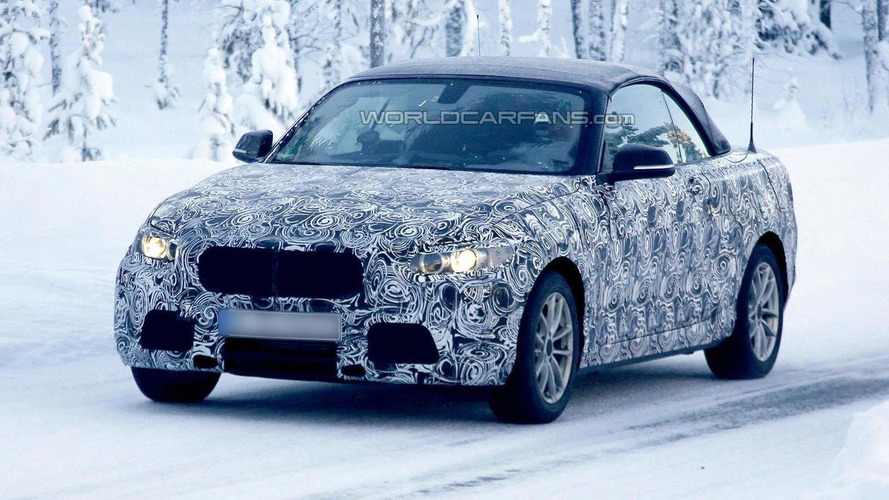 According to a report issued by CarAdvice, BMW will unveil the 2-Series Cabrio towards the end of 2014.

According to a report issued by CarAdvice, BMW will unveil the 2-Series Cabrio towards the end of 2014.

BMW terminated production of the 1-Series Cabrio back in October 2013 and now they are getting ready to come out with a direct replacement in the form of the first ever 2-Series Cabrio. Our spies already caught on camera prototypes undergoing testing and it seems the model will come out before the end of the year.

It will be a bit larger than its predecessor and will come with a foldable soft top while engine lineup is going to be borrowed from the 2-Series Coupe. A public debut will likely occur in January 2015 at the North American International Auto Show.

Interestingly, BMW Australia product manager told Car Advice the company is working on an additional 2-Series model, besides the existing Coupe and front-wheel drive family-oriented Active Tourer. He didn't get into specifics but mentioned it will be "lining up by going in line with the success of its predecessor." A possible candidate would have to be the rumored range-topping M2 Coupe as a successor of the 1-Series M Coupe which was limited to 2,700 units.