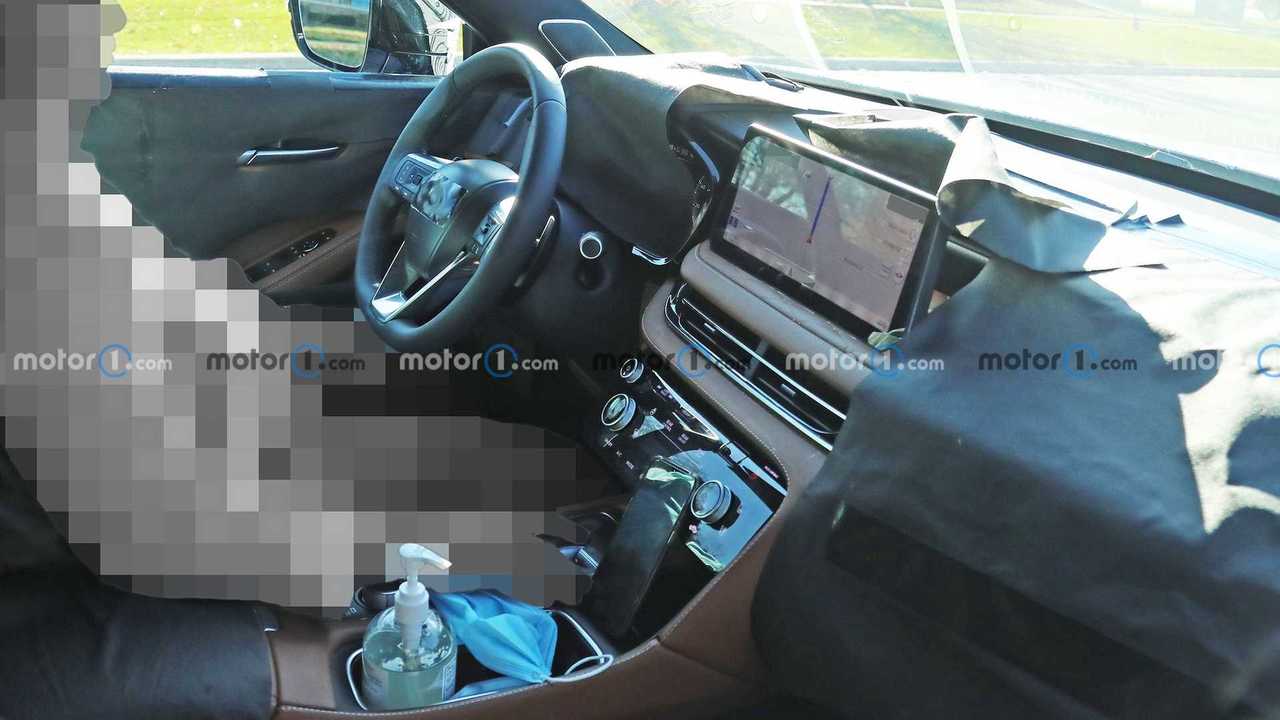 At the end of September, Infiniti gave us a preview of its redesigned QX60 in the form of the QX60 Monograph, a near-production concept vehicle. We were given special access for an up-close look at the SUV, but Infiniti kept the doors locked and the tinted windows up. Now, spy shots help us see what we couldn't before – a glimpse of the greenhouse that the driver and front-seat passenger will enjoy.

This isn't our first glance inside the new QX60. A leaked photo from early October claimed to show the dash and front passenger area devoid of coverings. It looked legit, and these spy shots offer confirmation as we see the same large touchscreen set atop climate vents on a tiered dash. Infotainment functions at the base of the stack are minimalistic with a combination of knobs and capacitive touch controls. The instrument cluster is mostly covered, but we catch a sliver of what appears to be a fully digital screen.

In addition to the interior, our spy photographer snapped several photos of this prototype from the outside. It wears a full camouflage wrap with added coverings both front and rear, but we can see this prototype does have some notable differences from the concept. The flared hips that gave the Monograph some aggressive character are gone, and the flush door handles are replaced with standard handles. Styling cues from the front and rear – notably a larger grille and narrow lights – certainly resemble the Monograph and should make it to production, though specific details are still covered by camouflage.

The Latest News On Infiniti SUVs:

Powertrain options remain a mystery. Current rumors offer two possibilities, with the first being a carryover of the 3.5-liter V6 and CVT setup for front- or all-wheel drive. The variable-compression 2.0-liter four-cylinder from the QX50 is also a possibility, or Infiniti could offer a range of engines for entry-level and higher-spec versions.

All in all, the new QX60 should be a thoroughly modern upgrade compared to the current model which dates back to 2013. Infiniti hasn't offered a timeframe for revealing its updated SUV, but we expect to see it in the first quarter of 2021 as a 2022 model.