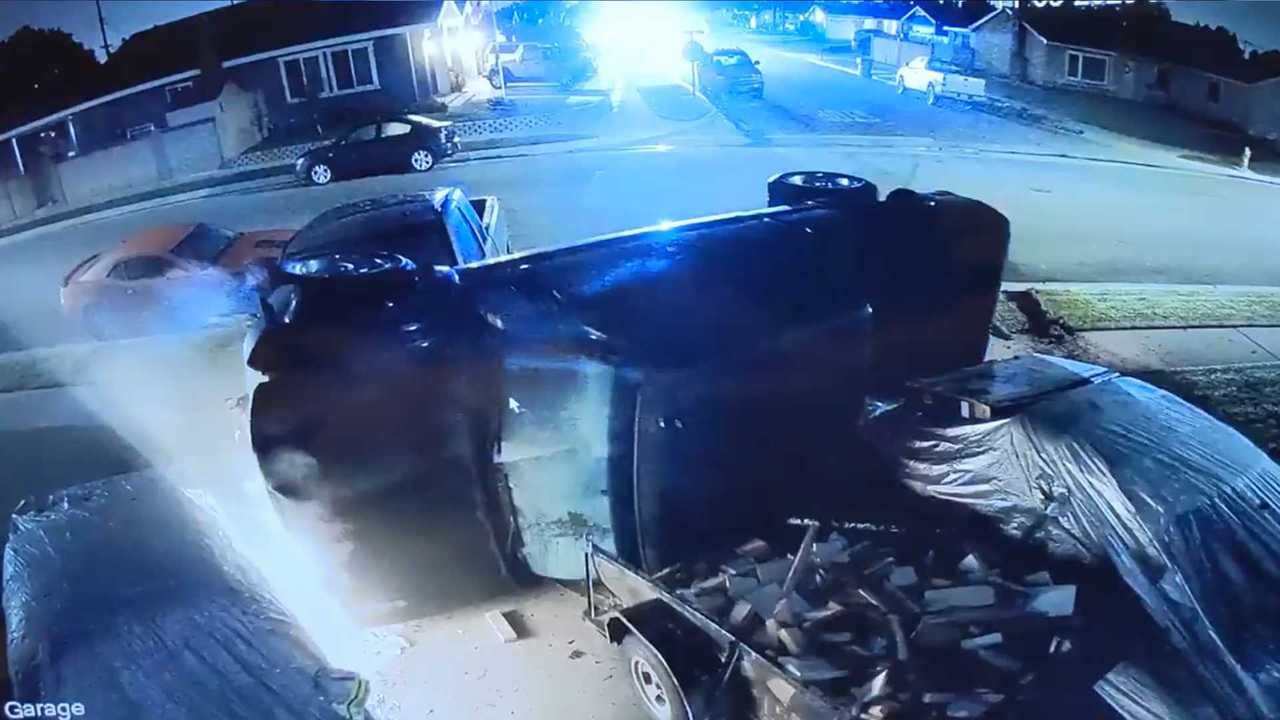 Of all the possible places to have a traffic accident, your own driveway generally doesn't rank high on the list. The odds of having multiple vehicles wrecked in your driveway are even slimmer, ranking somewhere between seeing bigfoot and hearing a politician tell the truth. And yet, it happened recently to an unsuspecting person with a surveillance camera mounted above his garage in a sleepy Southern California neighborhood.

Sadly, we have many unanswered questions about this incident but the saddest part is what we do know. A Reddit user with the name NicW762 posted the below video four days ago, depicting two classic Ford Mustangs parked and under covers flanking his driveway. A small trailer sits between them, with a late-model Chevrolet pickup parallel-parked at the driveway entrance. Just behind the truck is a newer Camaro.

In the early morning hours of November 5, the camera recorded a six-second slice-of-life that sees the destruction of nearly all these vehicles. According to the Reddit post, police were chasing an unknown person in a pickup truck when it came upon the T-intersection and NicW762's driveway. The truck tried to turn, but it was going so fast it actually went airborne while crossing the intersection, sending the pickup into the parked truck and the two Mustangs.

More Senseless Acts Behind The Wheel:

The offending pickup comes to rest on its side in the driveway, having pretty much torn the front of the parked truck. Miraculously, the Camaro avoided the melee by just inches but the Mustangs – a 1967 convertible and a very early 1964.5 coupe – weren't so lucky. We don't know the extent of the damage or if they're repairable, but NicW762 does say his insurance is only covering two of the three vehicles. Whether that includes one or both of the Mustangs is unknown.

Also unknown is the condition of the driver or any passengers in the truck, and why the driver was running. The video ends with police lights visible in the distance, and the original poster offered no other information aside from the driver of the truck having no insurance. Presumably, that means the person lived and didn't suffer significant injuries, but without a definitive location of this crash, we're unable to follow the story further.

Ultimately the details don't matter – this guy had three vehicles wiped out in his own driveway by the stupidity of one person. Stay safe out there folks, because sadly, idiots are everywhere.