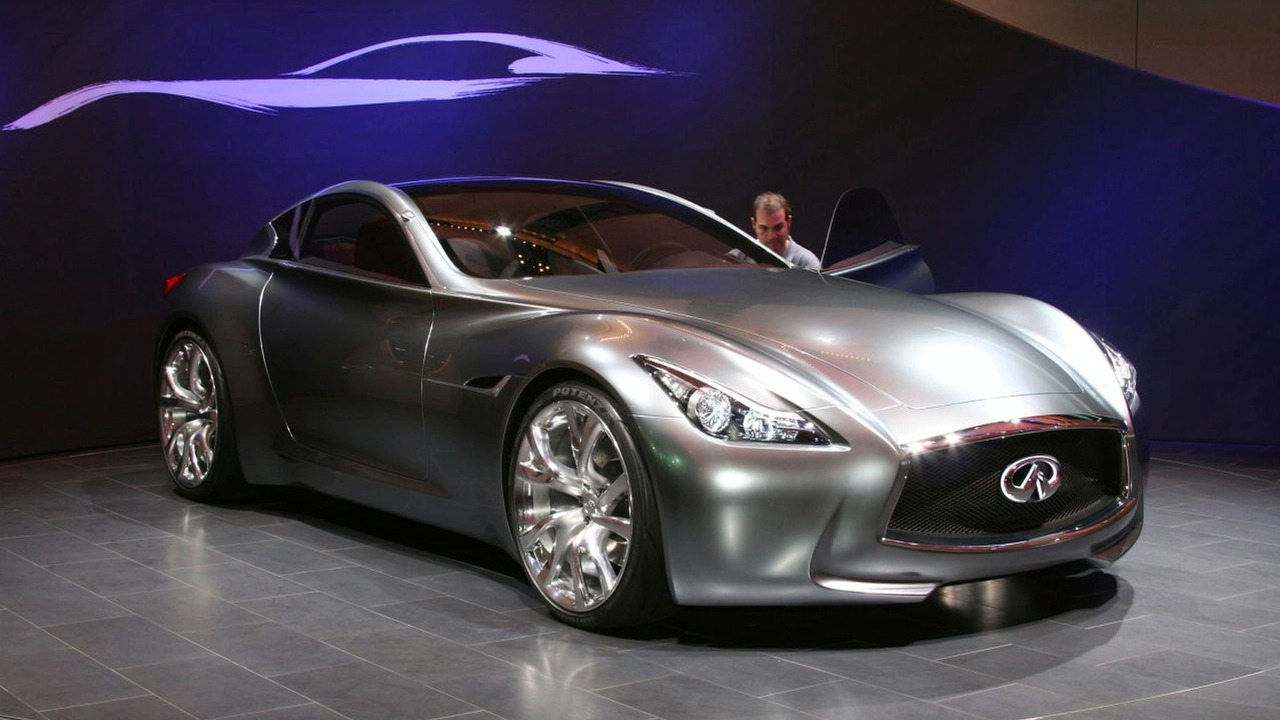 Infiniti is allegedly working on a powerful hybrid sedan based on the Essence concept which will serve as the company's flagship model.

Infiniti is allegedly working on a powerful hybrid sedan based on the Essence concept which will serve as the company's flagship model.

The attractive Essence concept was introduced back in 2009 at the Geneva Motor Show and now global chief Johann de Nysschen expressed his desire for a production version to come out before the end of the decade. He didn't go into any details but Motoring reports it will be a four-door, long-nosed sedan that could receive the Q80 Eau Rouge or Q90 Eau Rouge moniker.

It won't compete with the BMW 7-Series, Mercedes-Benz S-Class or Audi A8 since the report indicates it will actually be a four-door coupe as the Porsche Panamera, Mercedes-Benz CLS and BMW 6-Series Gran Coupe.

It is believed the flagship Infiniti will be offered with a newly developed hybrid system encompassing a V6 3.0-liter direct-injection turbocharged engine working together with an electric motor to provide a combined output of 550 bhp (410 kW). There will also be a second more powerful hybrid version with an all-new V6 3.7-liter engine and electric motor which will deliver an impressive 700 bhp (522 kW). Both hybrid versions will send their power to a revamped Attesa all-wheel drive system found in the GT-R.