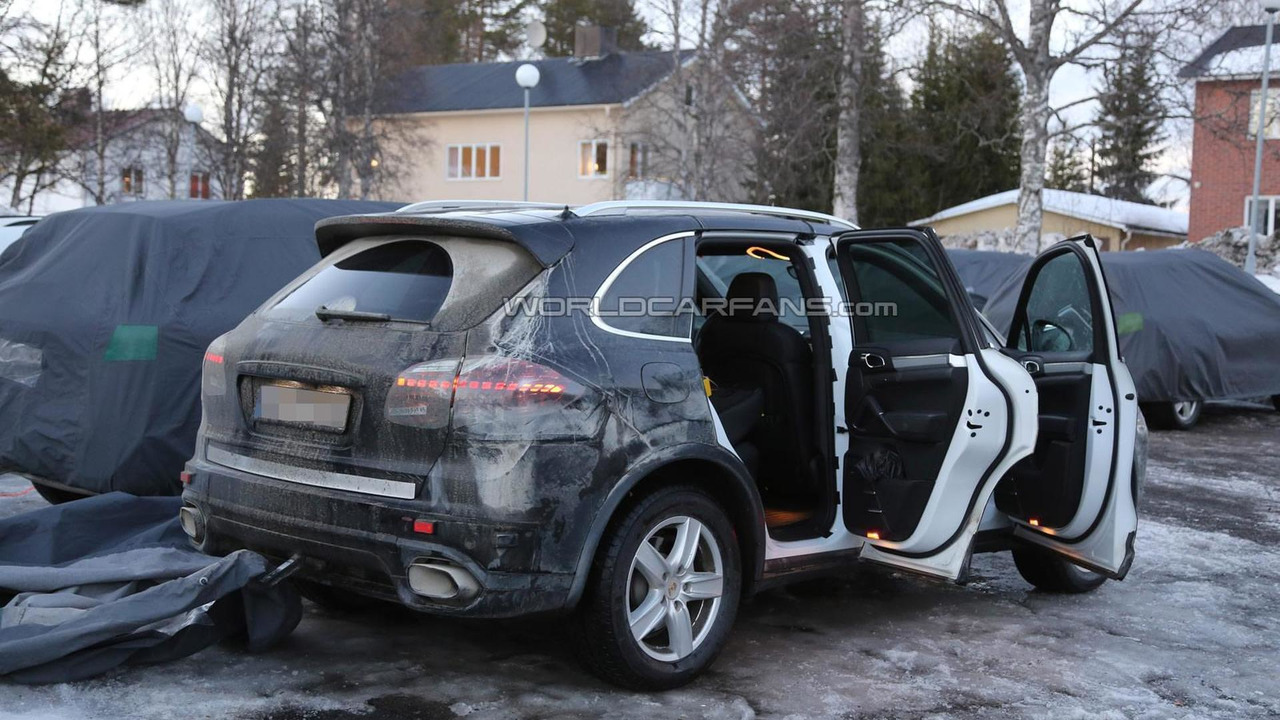 A prototype of the 2015 Porsche Cayenne facelift was spied up close parked near a hotel in Lapland where test drivers usually hang out.

A prototype of the 2015 Porsche Cayenne facelift was spied up close parked near a hotel in Lapland where test drivers usually hang out.

The Cayenne prototype was part of a larger Porsche test group which included the 911 GTS our spies caught on camera last week. Wearing less disguise than ever, the facelifted Cayenne II comes with a slightly redesigned front fascia featuring a reworked grille and daytime running lights. The headlights wear faux stickers indicating there will be some revisions in the graphics.

The sides of the car will remain virtually the same as we don't notice any changes while at the back the taillight clusters graphics will be updated, together with a new bumper.

The 2015 Porsche Cayenne II facelift is going to be showcased later this year at a major auto show, possibly in October in Paris.