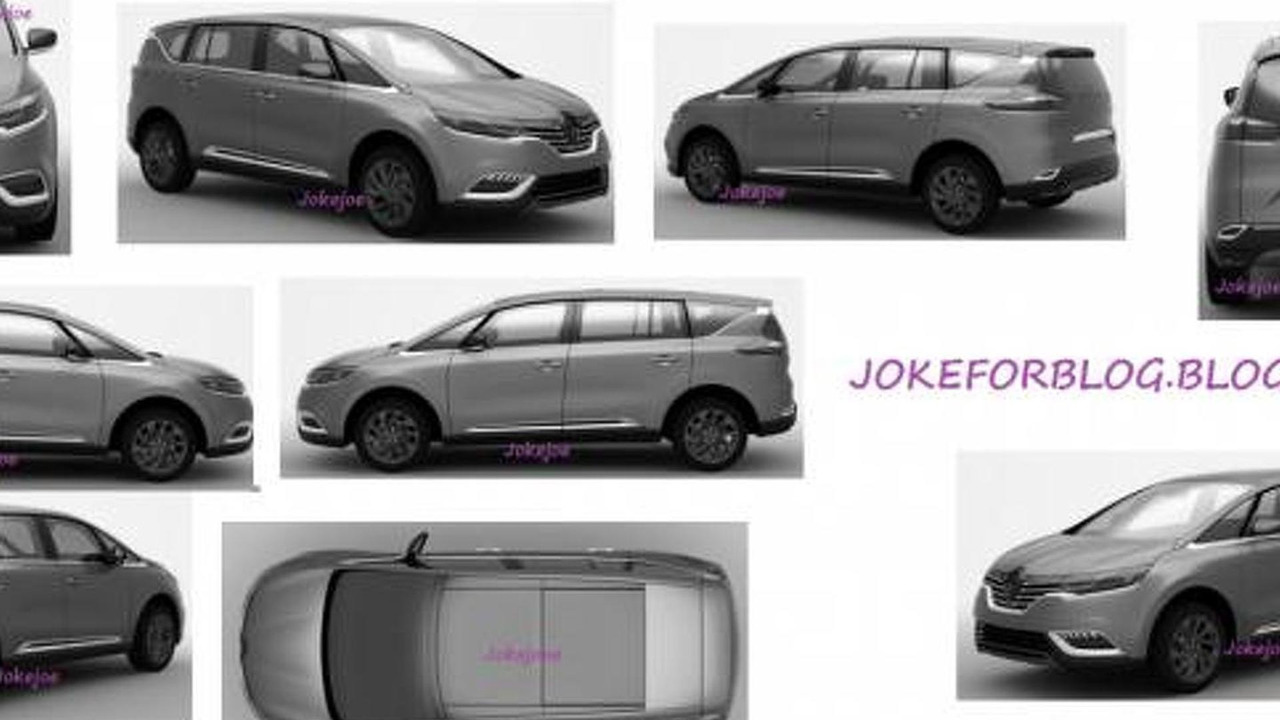 Several patent sketches of the upcoming Renault Espace have surfaced the Internet.

Several patent sketches of the upcoming Renault Espace have surfaced the Internet.

The fifth generation of the Renault Espace has been quite shy in front of the camera since our spies caught it testing just a single time last month but now we get a better view of the revamped MPV set to feature some crossover influences. From what we see in these patent sketches it will retain most of the styling cues seen in seen in the rather impressive Initiale Paris concept exhibited last year in Frankfurt.

It will adopt a more upscale and modern exterior which could make it the most attractive offering in what is considered to be a bland MPV segment. Riding on the firm's new CFM1 platform, the 2014 Espace will feature LED headlights (probably on upper-spec versions), an attractive steeply raked windscreen blending nicely with the gently curved roof while at the back there will be a massive tailgate and a dual exhaust setup.

Renault will probably unveil the fifth-gen Espace this October at the 2014 Paris Motor Show.