It's our best look thus far at the hot Elantra.

There's no doubt that Hyundai is seeking to up its game in the performance department. The South Korean automaker released a flurry of teasers for forthcoming N-branded vehicles, including our first look at the new Tucson N Line. We've seen the Elantra N before, both in spy photos and an official Hyundai Elantra N teaser. However, the latest Hyundai campaign gives us a clearer look at the compact sports sedan.

Two new teaser images show the Elantra N from the front and the back. The car is still wrapped in camouflage but we can suss out more details, especially at the front. The fascia looks noticeably different compared to both the standard Elantra and the merely-warm Elantra N Line. The corner intakes grow, and the chin looks just a bit lower. At the back we have the big rear spoiler that we've seen in spy shots, along with the prominent dual exhaust outlets in a redesigned rear fascia. It's certainly a couple of notches above the Elantra N Line in the styling department.

It will be a couple of notches above the N Line in the performance realm, too. Nothing is confirmed at his point, but all evidence points to the Elantra N packing a 275-horsepower (202-kilowatt) turbocharged version of the company's 2.0-liter four-pot. Shifting should be handled either by an eight-speed dual-clutch gearbox nabbed from the Veloster N, or an honest-to-goodness six-speed manual. Power will go to just the front wheels, but a recent spy video of an Elantra N prototype at the Nürburgring showed an eager sedan that looked zippy and sounded angry with pops and snaps from the exhaust.

The Future Of Hyundai N Models: 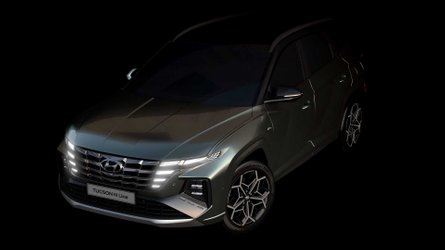 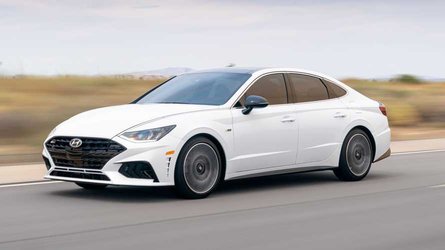 275 hp isn't much by modern standards, but the Elantra is fairly small. It's also a handsome step above the 201 hp (148 kW) found in the Elantra N Line, and truth be told, we're pretty eager to sample this hot little machine. We're expecting seat time sometime next year, but with the teaser campaign gaining speed, it's quite possible we could see an official reveal before 2020 comes to an end.