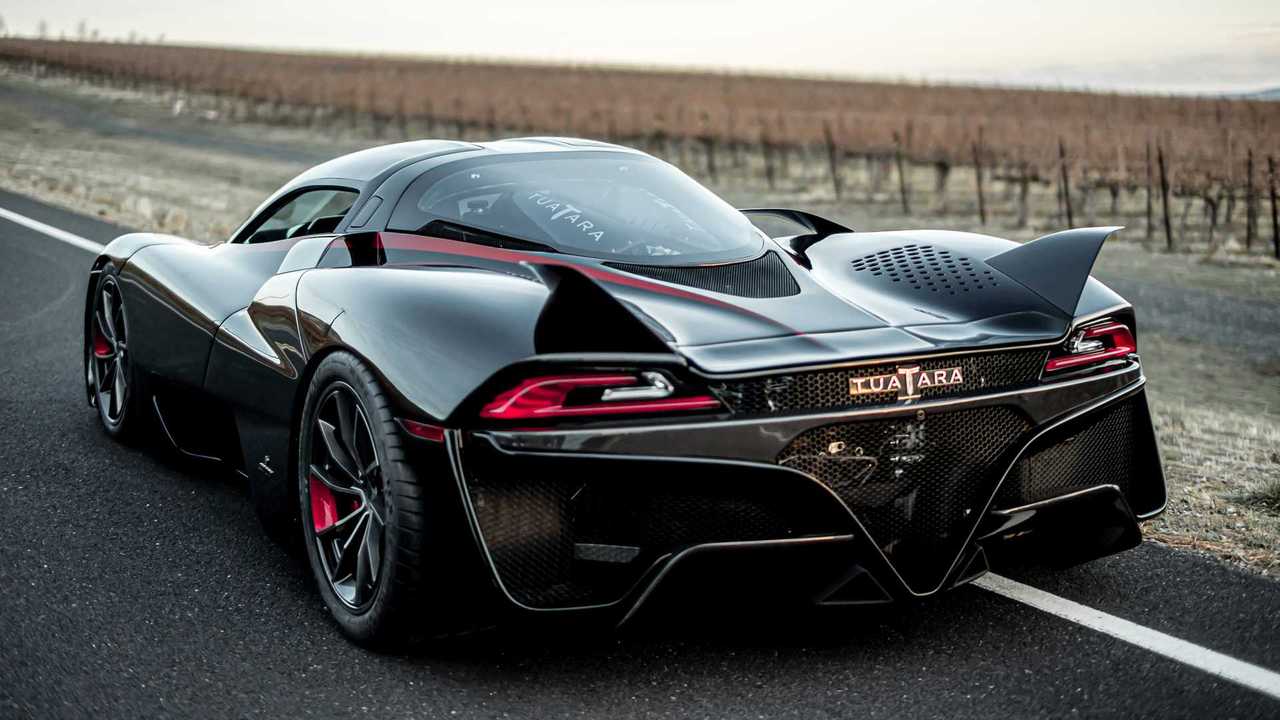 Hennessey's own 300-mph hypercar is expected to debut by the end of the year.

There's no question that controversy surrounds the recent production car top speed record attempt from SSC. The bonkers Tuatara attained an average speed of 316 mph measured from two runs in opposite directions on a Nevada highway, with one of the passes seeing the hypercar reach an incredible 331 mph.

Or did it? Numerous discrepancies with both the video and telemetry from the run have surfaced since then, leading to more than a few opinions on the matter. Everyone knows the founder and CEO of Texas-based Hennessey Performance isn't shy when it comes to opinions, and John Hennessey had much to say on the subject in a recent podcast called Bumper to Bumper. In short, without specifically mentioning SSC, he tossed all kinds of doubt over the effort and even suggested SSC wasn't a serious company.

Get To Know The Tuatara:

Producer's Reaction After Riding Shotgun With SSC Tuatara Is Priceless

"The serious guys don’t just show up to a road or a highway or Bonneville," said Hennessey in the latter half of the 50-minute podcast. "And just throw in one piece of test equipment and some other guy’s camera and say, 'oh well, we have the file but we can’t show you the file, we lost the video. But believe us, we went 400 mph.' That’s nonsense.”

He also offered some passive-aggressive feedback earlier in the podcast, stating that nobody shows up to a highway and breaks a speed record by 50 mph on the first or second run. "It doesn't happen," he reiterated.

On the flip side, SSC didn't just show up out of nowhere with a brand new car and nothing to catalog the effort. The niche automaker had satellite-linked speed logging equipment on-board from Dewetron and SSC still stands behind the information it gathered. There is further controversy there, as Dewetron couldn't confirm the data since company personnel weren't on-site to ensure the equipment was set up and operated properly. SSC further admitted that the camera footage wasn't accurate to the actual speed run, but with a freaking T-33 military jet on-site to shoot video it's not like SSC just grabbed a GoPro and duct tape from Walmart.

Get To Know The Venom F5:

During the podcast, Hennessey also spoke at great length about the trials and tribulation his company went through to get the Venom GT to 270 mph, enduring numerous mechanical failures and dozens of speed tests to work out the kinks. The not-so-subtle suggestion is that SSC built the Tuatara overnight and immediately set a speed record with no testing, but Tuatara development literally started almost a decade ago.

We aren't taking sides here – SSC certainly has some further explaining to do with all the inconsistencies pointed out by Shmee150. The fact that the car allegedly went 331 mph on standard Michelin street tires seems quite remarkable, too. However, we'd be remiss to not mention Hennessey's tone, which certainly feels condescending at times towards US-based SSC while embracing "friendly" competition from Bugatti and Koenigsegg. One might also call it ironic considering his own 300-mph hypercar – the Venom F5 – hasn't debuted in production trim yet.

Speaking of which, in the podcast Hennessey said they were hoping for a debut by the end of this year, though a previous report said it would happen this month. Apparently, that debut is now in question, and though it's considered the first production version of the F5, considerable testing still awaits before it can strive for the 300-mph barrier.

In the meantime, Koenigsegg is working on its Jesko Absolut, and SSC has pledged to hold a Tuatara re-run with more equipment, cameras, and witnesses to try and put all doubts about the Tuatara's performance to rest.

Source: Bumper To Bumper Podcast On Spotify via TheSupercarBlog.com