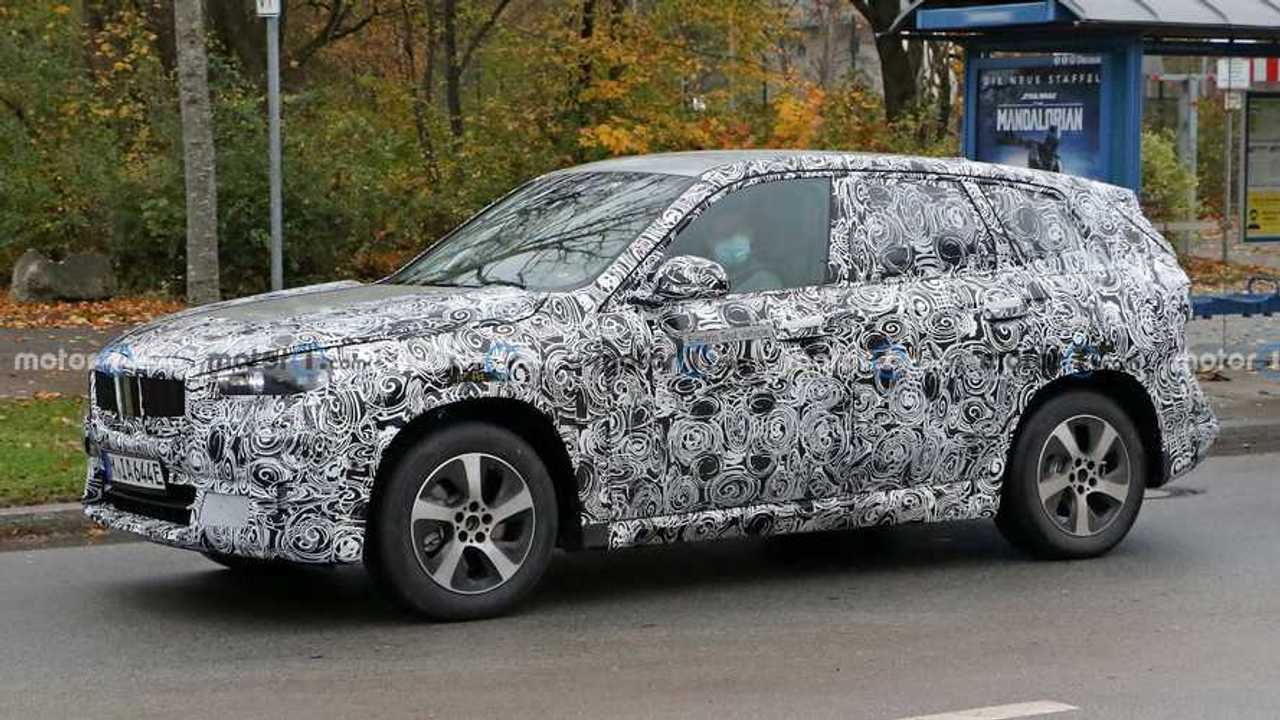 The BMW iX3 debuted back in July. The iNext, the automaker’s technological flagship, will get a design preview next week. The two are just the first of several all-electric BMW models in development, and a third will join them – the iX1. Spy photos show the small all-electric crossover out testing for the first time wearing its production body. It’s draped in swirly camouflage, though it can’t hide everything under the foil.

Its design doesn’t stray far from the regular X1 we’ve already spotted. It’s a crossover, and there aren’t any surprises here. We expect the iX1 to borrow the styling cues of its larger electrified X3 sibling. That includes the closed off kidney grille with the aerodynamic alloy wheels and blue accents also expected to adorn the new model. It’s difficult to tell the iX1 prototype apart from the regular X1, though the “Electric Test Vehicle” sticker on the side is a dead giveaway.

There isn’t much known about the powertrain, though we don’t expect anything too different from what BMW has in the iX3 – a single-motor setup powering the rear wheels. It’s smaller size likely means it’ll have a smaller battery and a shorter amount of available range. The iX3’s powertrain produces 282 horsepower (210 kilowatts) and 295 pound-feet (400 Newton-meters) of torque with a limited top speed of 112 miles per hour (180 kilometers per hour). The iX1 could offer similar performance, though a lot can change between now and when the car is expected, which could be a bit.

We don’t expect the regular next-gen BMW X1 to debut until the end of 2021 or early 2022. The all-electric iX1 is expected to follow after that, which could push its reveal toward the end of 2022. The X1 will have an assortment of combustion engines as well as a plug-in hybrid model available, all of which are expected before the iX1.