Dodge Dart Pro Stock unveiled, will compete in the NHRA Gatornationals this weekend 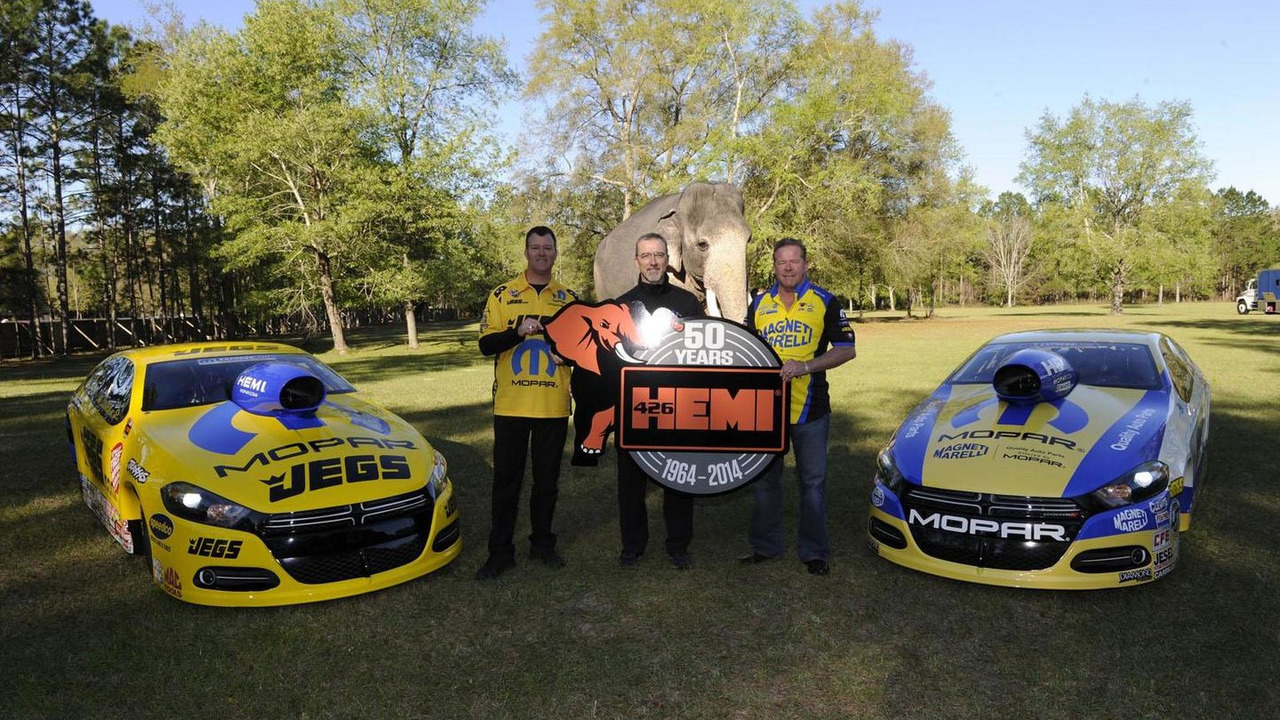 Dodge has unveiled the Dart Pro Stock ahead of its debut at the NHRA Gatornationals this weekend.

Dodge has unveiled the Dart Pro Stock ahead of its debut at the NHRA Gatornationals this weekend.

Set to replace the Avenger Pro Stock, which won 27 NHRA national titles, the Dart Pro Stock was "developed on a virtual platform using production-based technology and tools used for street vehicles." The company delined to go into specifics but confirmed the model is powered by a HEMI engine and was created "hand-in-hand" with race teams.

Two cars will be raced this weekend and they will be driven by Allen Johnson and Jeg Coughlin Jr. Johnson's car will be sponsored by Magneti Marelli and wears “Magneti Marelli Quality Auto Parts Offered by Mopar” badging as a result.

According to Mopar CEO Pietro Gorlier, "The new Dart is a testament of how Mopar uses the motorsports program as a technological proving ground with Chrysler’s own leading-edge technology and production processes. We have great expectations for its on-track success."