Reliability is not a strong suit for it.

With enough desire and ingenuity, anything is possible. If you don't believe that, just check out the fake Lamborghini Countach that belongs to the Thai celebrity Beam. This thing is absolutely bizarre.

The front portion of the chassis comes from a Hyundai, and the rear portion is custom made. Behind the driver, there's a Toyota UZ-series V8 that has the extra advantage of packing two turbos. The engine runs through the transmission from a six-cylinder Subaru. This faux Lambo rides on an air suspension, but Beam says there are also Nissan R32 Skyline suspension components.

This Frankenstein's Monster of components looks pretty cool and sounds great, but reliability is not a strong suit. At one point, the host says that the build quality is every bit as good as an authentic Countach, but those classic Lambos generally don't suffer from two complete suspension failures within 24 hours, so we're a bit dubious about this claim. The issue turned out to be that a mounting point for the suspension's airbag breaking.

Don't Like This Fake? Check Out A Real Countach: 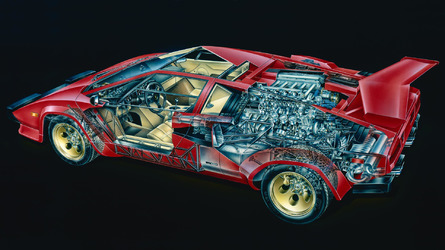 Go Inside The Lamborghini Countach With These 7 Cutaway Closeups 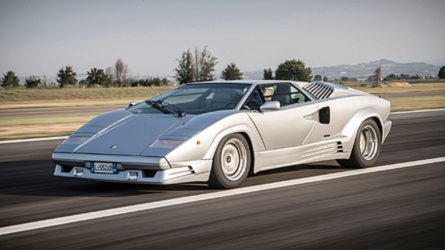 This Is The True Story Behind The Lamborghini Countach Name

When the fake Countach goes out of commission for the second time, Beam pulls something else cool out of his garage. He's got a Porsche 550 Spyder replica. It rides on a Volkswagen Beetle chassis with a 1.6-liter flat-four exposed at the back.

Unlike the original, there are no doors, so you literally step inside. For the host who measures over six feet tall, the interior is a very tight fit. He has to bend his knees, and driving the car would be impossible because of the lack of space. Beam looks very cool behind the wheel of the tiny roadster, though. Plus, it doesn't break like his Lambo.