2015 Jaguar XE spied, will be introduced later this year 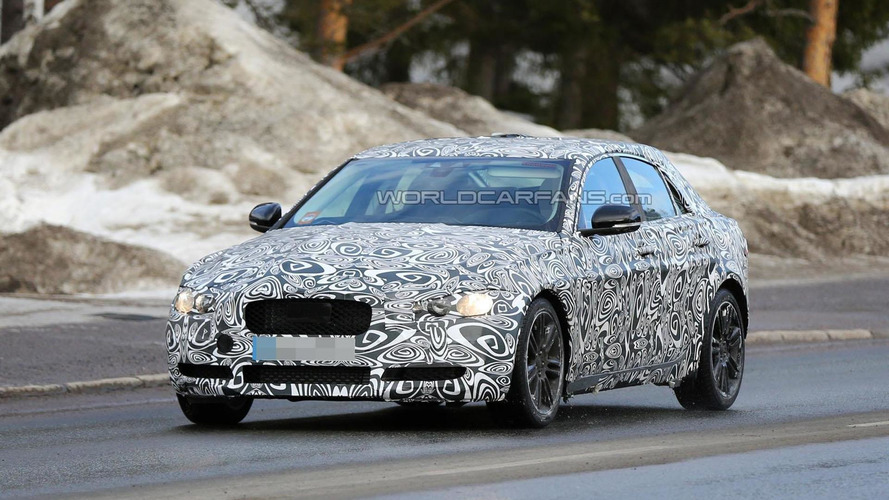 Development work continues on the 2015 Jaguar XE as our spies have caught the model undergoing testing in Scandinavia.

Development work continues on the 2015 Jaguar XE as our spies have caught the model undergoing testing in Scandinavia.

Recently teased at the Geneva Motor Show, the entry-level sedan will follow in the footsteps of the XF and adopt a stylish exterior with a familiar front fascia. The rear end is heavily camouflaged but the sedan will have a sporty roofline and a relatively high trunk.

Under the hood, we can expect an assortment of four-cylinder Ingenium engines that will be available in a "wide range of capacities and outputs, all delivering inspirational performance and offering the latest innovations in fuel-efficient technologies without sacrificing drivability."  The engines will allow for speeds in excess of 300 km/h (186 mph) and CO2 emissions lower than 100 g/km. Despite the focus on four-cylinder engines, this particular prototype was reportedly equipped with a 3.0-liter V6.

The Jaguar XE will be unveiled later this year and sales are slated to begin in mid-2015.

Gallery: 2015 Jaguar XE spied, will be introduced later this year