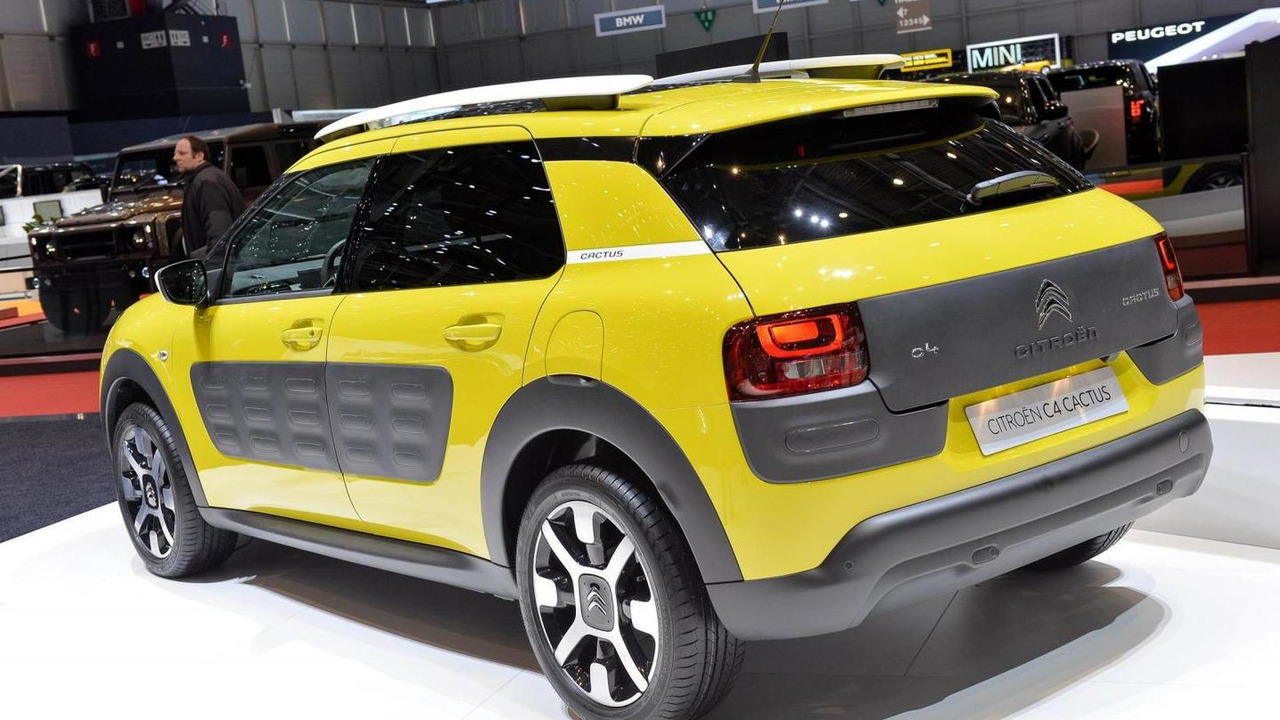 A Citroën representative has announced the C4 Cactus will have a starting price of 13,950 EUR in France.

A Citroën representative has announced the C4 Cactus will have a starting price of 13,950 EUR in France.

Julien Montarnal who is in charge of the company's strategy says the C4 Cactus will reach dealerships in June and will cost just 13,950 EUR in France, making it a lot cheaper than the C4 hatchback which kicks off at 18,850 EUR. Last week at the Geneva Motor Show, Citroën's CEO Frederic Banzet said the model will be between 10 to 15 percent more affordable than segment rivals.

The model will be offered in France for a monthly flat rate of only 199 EUR for the base Start trim on a 36-month contract with a limit of 45,000 km. Customers will have the possibility of opting for other trim levels and at the end of the contract they will have to choose between purchasing the vehicle outright, taking it back to the lessor or signing a new lease for a different car. Citroën plans on offering these “all-in” flat rate contracts in most European countries.

There will also be a “pay-per-use” contract requiring customers to pay a fixed monthly rate that will be lower than the rate applicable for the aforementioned “all-in” contracts. However, the client will have to pay a monthly fee associated to the number of kilometers driven. At first, “pay-per-use” will be available in UK, Spain and Italy, but more countries could join the program in the future.