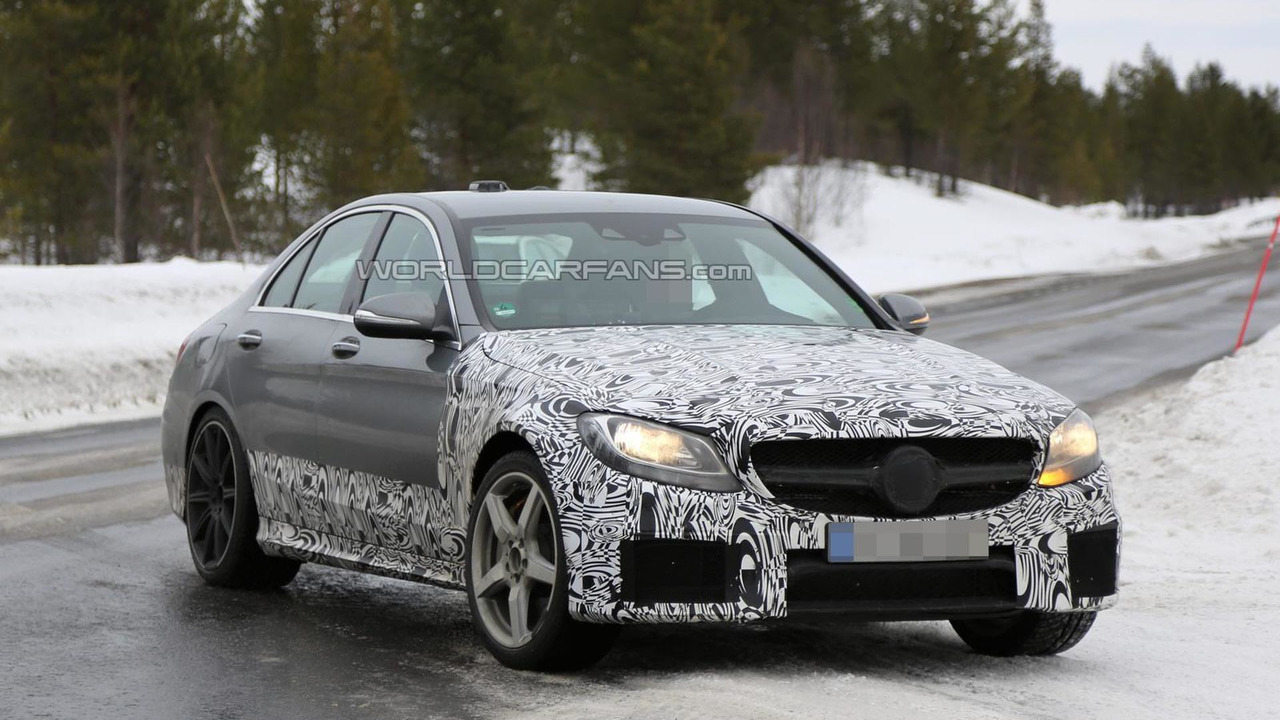 A less disguised prototype of the 2015 Mercedes-Benz C63 AMG Sedan has been spied undergoing testing alongside the outgoing model.

A less disguised prototype of the 2015 Mercedes-Benz C63 AMG Sedan has been spied undergoing testing alongside the outgoing model.

Earlier this week we brought you the first spy pics with the next-gen C63 AMG Estate and now we take a closer look at the Sedan variant which is wearing considerably less camouflage than before. It allows us to see the small spoiler lip on the trunk along with a tastefully restrained body kit and a quad exhaust setup. The vehicle was spotted testing together with the outgoing version enabling us to notice the major design differences between the two.

At its heart will be a newly developed V8 4.0-liter twin-turbo engine which should develop somewhere in the region of 450 HP (331 kW) in standard guise and beyond 500 HP (368 kW) for a rumored hotter version, possibly the Black Series derivative.

Based on last month's report, Mercedes-Benz plans on offering AMG versions not only of the sedan and estate but also of the coupe and cabriolet.