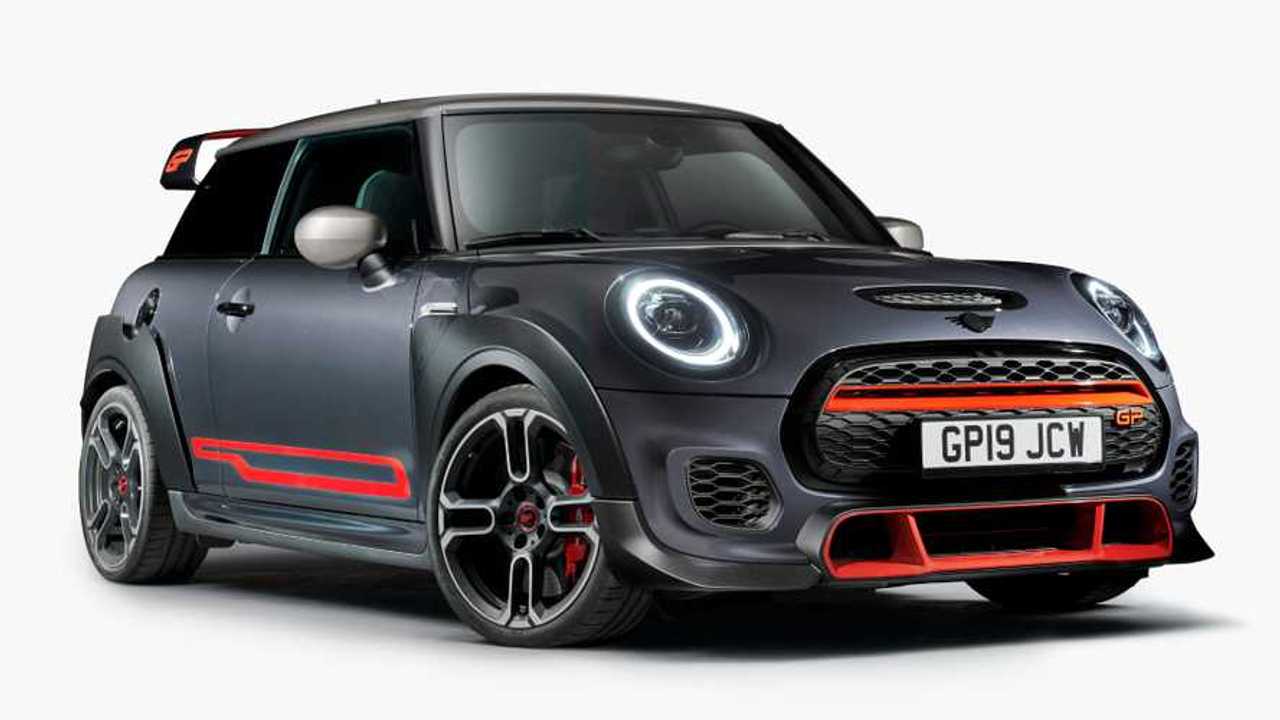 An electric hot hatch could be really fun.

Since the marque's revival in the 2000s, the GP name on a Mini indicates that the hot hatch is the pinnacle performance vehicle that the company can make. Now, there's a rumor that the next model to wear this moniker could make the big change of being an EV. Insider sources within the company tell Motoring File that it is in the prototype phase but without confirming the intention for production.

The info suggests that the electric GP might look very similar to the 2021 Mini John Cooper Works GP, including the fender flares and massive wing. The grille is the closed-off piece for the Cooper SE. With the change in powertrain, another tweak is that there's no longer a need for exhaust pipes.

The powertrain for the GP EV is a mystery. An obvious choice would be to take the single-motor 184-horsepower (135-kilowatts) system from the Cooper SE and increase the output. It might need a higher capacity battery, too, because the current 32.6-kilowatt-hour lithium-ion unit only provides 110 miles (177 kilometers) of range in the current SE.

The Big News From Mini:

Motoring File speculates that the electric Mini GP wouldn't arrive until early 2022. We have to wonder whether BMW's upcoming EV-focused events could provide a teaser for the hot hatch. As part of this, Mini is unveiling something on November 17, but it's not clear whether this is going to be a concept or a production vehicle. The other brands within the company are debuting things like the iNext crossover and a motorcycle.

Expect the electric GP to be a limited-production vehicle and not a regular part of the lineup going forward. As an example, Mini made available just 3,000 units of the 2021 John Cooper Works GP worldwide.