With a little orange paint, this concept would be perfect for the next Fast and Furious.

The Toyota Supra gets a removable roof panel for the Sport Top concept that debuts at this year's SEMA360 show. The company isn't showing the whole vehicle quite yet, but this teaser video reveals what the build team has in mind.

At last year's SEMA show, Toyota showed the Supra Heritage Edition that dressed the news sports coupe in touches from the previous, fourth-generation model. The upgrades included a retro-inspired wing, tweaked taillights with CNC-machined lenses, and a revised front splitter. 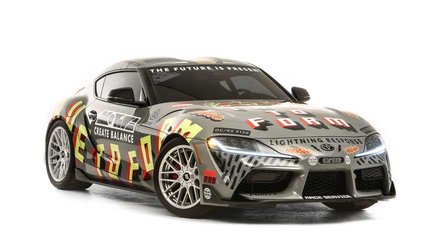 2021 Toyota Supra Gets A Bold Look From Artist Ornamental Conifer
⠀ 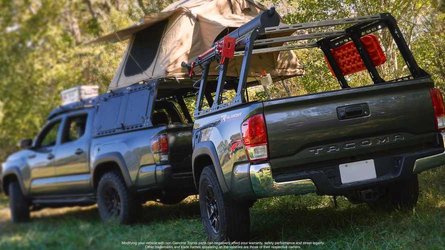 Toyota Teases TRD Sport Trailer That's Made From A Tacoma

This time the Toyota team takes the fourth-gen Supra inspiration even further by engineering the new one to have a removable roof panel, similar to the piece available on the old one. This project is going to require significant engineering to make work. The team intends the top to come off in two pieces for easier storage in the trunk. Ideally, a person would just need to press a button on the keyfob to unlatch them, but the crew is still working out this part.

The team also plans on adding reinforcements under the Supra to maintain rigidity. Although given the model's close relationship with the latest BMW Z4 convertible, the Supra should be fairly stiff already, so the builders might not have to do too much reinforcement. 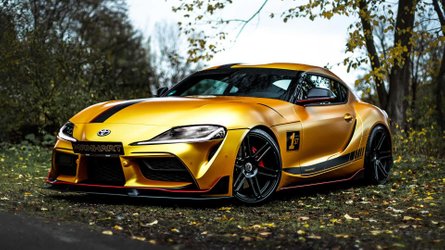 Manhart Adds GRRRR To The Toyota Supra, Now With 542 HP 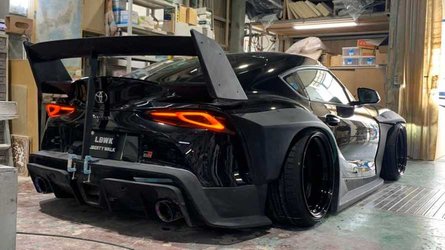 The Supra Sport Top concept has a few other special touches. The vehicle wears a bigger front splitter, broader side sills, and a larger diffuser. The body modifications don't go too far but simply make the exterior look a bit more distinctive beyond just having the removable roof.

When the rumor mill about the fifth-gen Supra was really turning, there was speculation about Toyota offering a version of the coupe with a removable roof. It raises the question of whether this SEMA360 concept is the company's way of testing the waters among fans. The product team might want to see a positive response before greenlighting a new variant of the model.