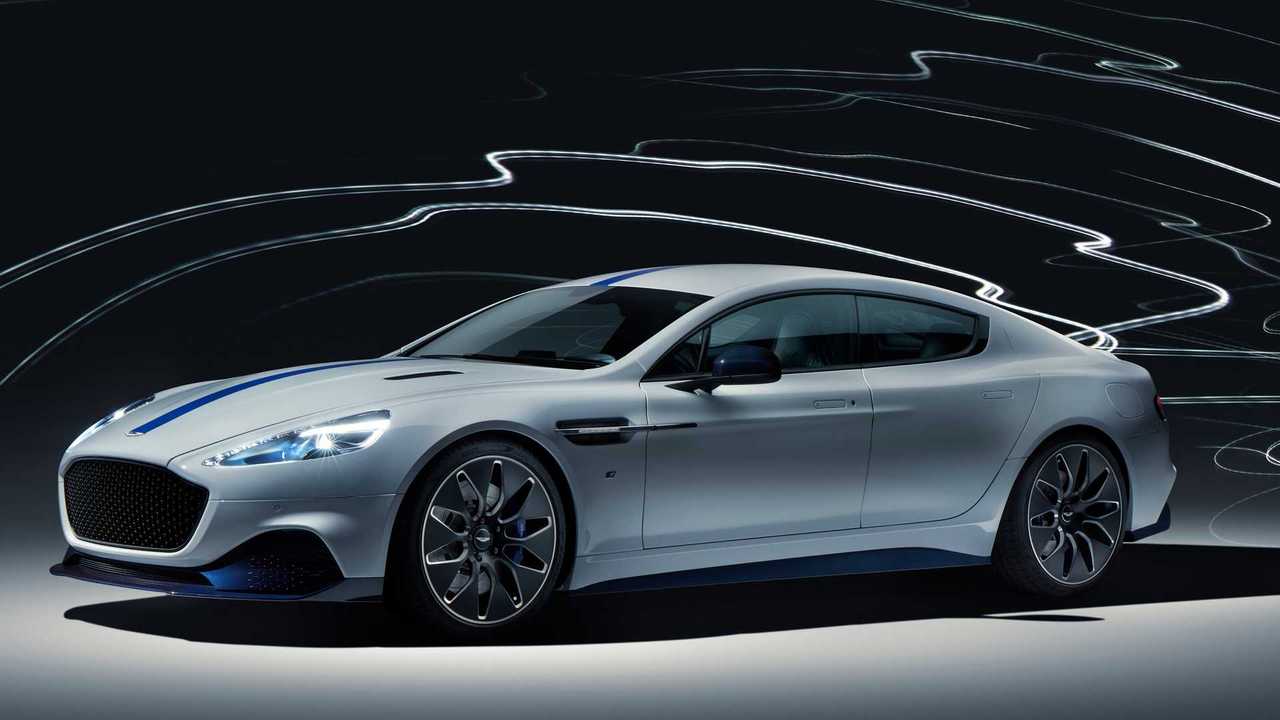 The Valhalla could also switch to a Mercedes powertrain, while a plug-in hybrid DBX is set for 2023.

Remember the Cygnet? The glorified Toyota iQ introduced to help Aston Martin meet the European Union's stringent emissions regulations was rumored to get an electric version in 2013, but it never happened.

Fast forward to 2018, the Lagonda All-Terrain signaled the revival of the luxury sub-brand with an emphasis on EVs and was followed a year later by the Lagonda Vision. The two concepts will remain merely showcars for the time being as the Lagonda’s relaunch won’t happen before the middle of the decade.

Aston Martin’s EV agenda also included the Rapide E at one point, a zero-emissions version of the gorgeous sedan. It was virtually ready to go into limited production, but the sleek EV was canceled at the last moment. If you’re still hoping for a completely silent car from Gaydon, you’d better arm yourself with a lot of patience because it won’t be out until 2025 or 2026.

That is the timeline provided by CEO Tobias Moers, the man who used to call the shots at Mercedes-AMG before moving to Aston Martin. Speaking of which, the 54-year-old German executive says the company’s very first electric vehicle will use technology developed by the three-pointed star. The decision doesn’t come as a big surprise considering Mercedes will soon own a fifth of Aston Martin as part of a deeper alliance between the two brands. In exchange, the British brand will gain access to more Mercedes technology beyond the AMG V8 engine and some other bits as per the original tie-up from 2013.

Interestingly, Moers also hinted the Valhalla could make the switch to a Mercedes-AMG powertrain as well. That comes somewhat of a surprise since Aston Martin has already teased the supercar’s new twin-turbo 3.0-liter V6 hybrid, signaling the “TM01” powertrain’s advanced development stage. A final decision has not been taken yet, though.

"We are still working on that [hybrid drivetrain], but we now have alternatives. It's too early to say."

The Valhalla will be followed by a new Vanquish, which it too will be a mid-engined supercar with a hybrid powertrain. Automotive News Europe speculates Aston Martin could borrow Mercedes’ all-new electric platform scheduled to premiere next year with the EQS to launch an electric sedan with similar proportions.

Moers promised new models using more Mercedes tech will begin to arrive by late 2022 / early 2023. A “product firework” is scheduled for 2023 when we might get to see the DB11 replacement. By 2024, every fourth or fifth car will be electrified, Moers promised. That will include a plug-in hybrid variant of the DBX SUV programmed for a 2023 launch.