Audi reconfirms R8 e-tron for production, next-gen Q7 and A8 coming this year 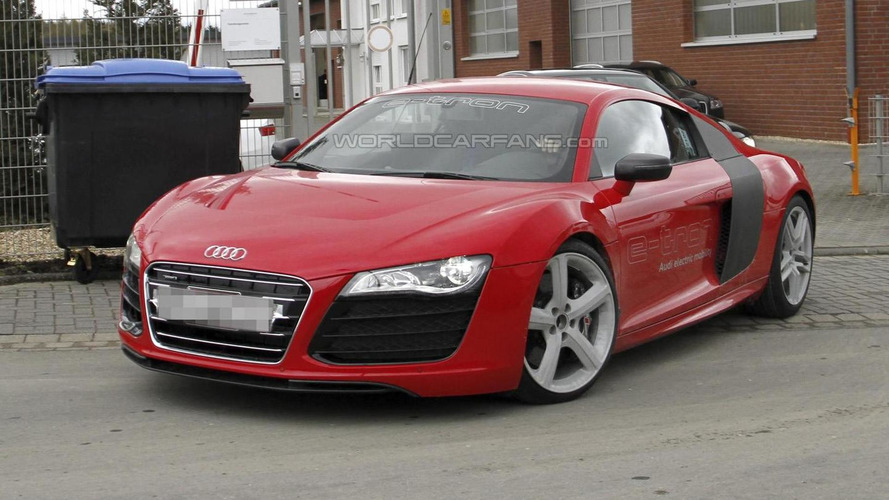 Audi board member for technical development, Ulrich Hackenberg, said the R8 e-tron will eventually go into production as a build to order model.

Audi board member for technical development, Ulrich Hackenberg, said the R8 e-tron will eventually go into production as a build to order model.

It seems Audi is determined to put the R8 e-tron in production but they haven't provided a timetable as to when this will happen and whether it will be based on the outgoing model or the second generation due to come out next year.

We do know that at this point the car's range has increased from the previous rather mediocre 134 miles (215 km) of the prototype to a more decent 279 miles (449 km). The more than double range was obtained thanks to a "progress in battery technology" as well as through a "far more space efficient" packaging of the batteries.

Despite February's rumor about a last-minute delay, the second generation of the Q7 is on track for a 2014 launch. The all-new A8 will also be introduced later this year and will feature "piloted driving" technology allowing the vehicle to drive itself in "lower stop-go driving situations."

Ulrich Hackenberg also disclosed the company's plans for a frugal TT Ultra which will be powered by a 4-cylinder, 2.0-liter TDI engine enabling the model to have CO2 emissions of only 110 g/km. In addition, the Ingolstadt-based automaker is also thinking about "further TT derivatives" beyond a "possible" Shooting Brake.