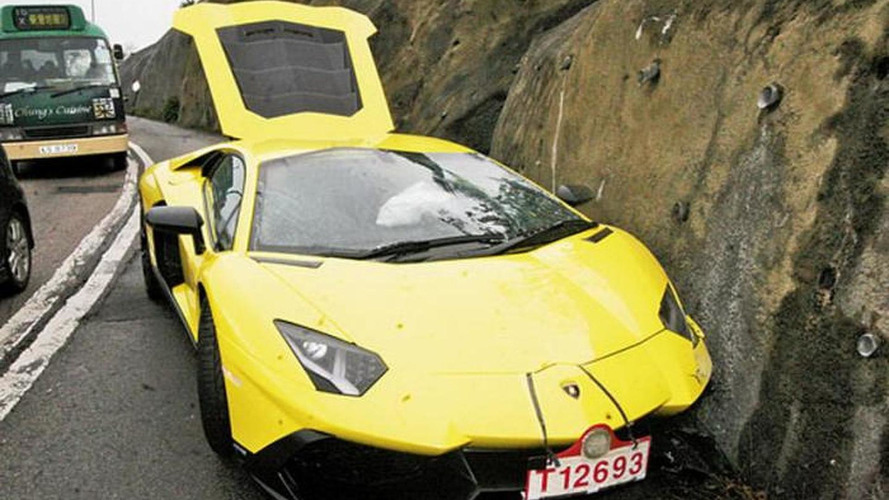 A brand new Lamborghini Aventador LP 720-4 50 Anniversario was involved in an accident recently in Hong Kong.

A brand new Lamborghini Aventador LP 720-4 50 Anniversario was involved in an accident recently in Hong Kong.

Lamborghini built only 100 units of this special Aventador to celebrate the company's 50th anniversary and it seems one of the cars has to undergo some pretty serious repairs after being crashed in Hong Kong. Local media is reporting it happened during a test drive and the car was virtually new as it still had the protective plastic wrap on the passenger seat.

The accident occurred in a rocky mountainside area and apparently due to a wet road surface and possibly excessive speed the driver lost control of the Aventador and hit the rocks on the side of the road, causing some significant damages to the front-left of the supercar.