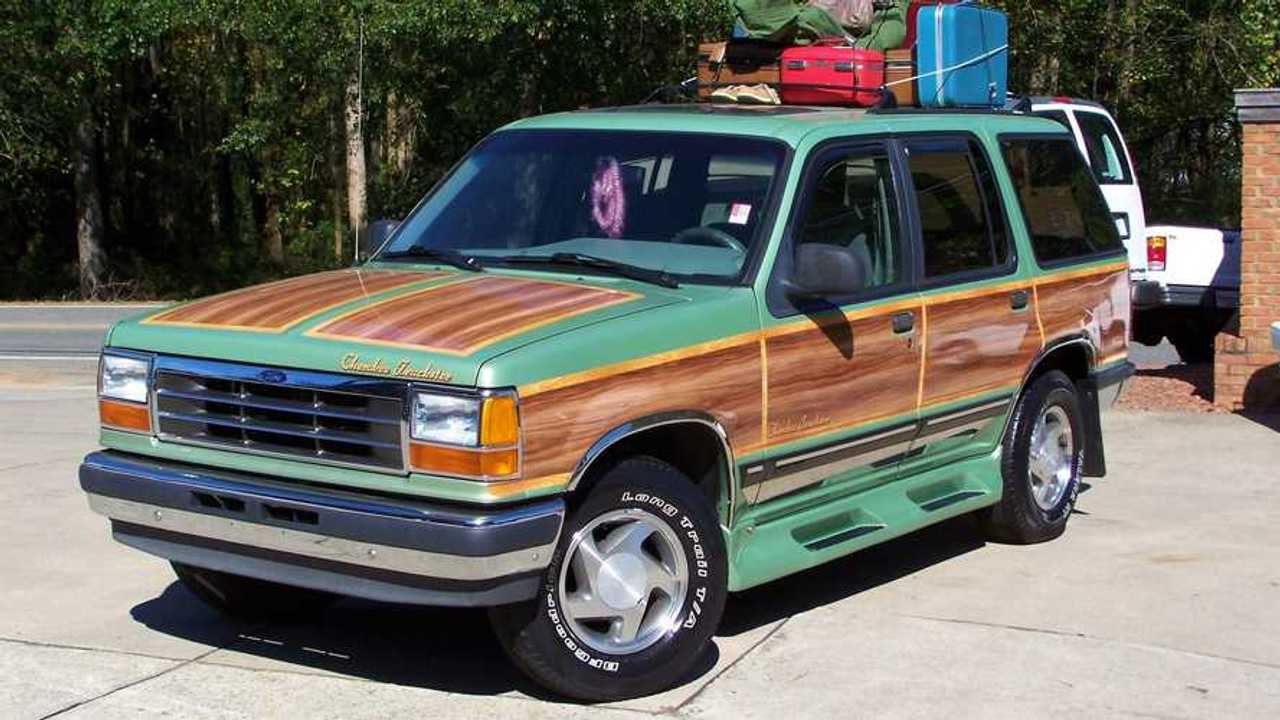 If you want one, it's heading to auction quite soon.

Don't let the name fool you. There is a custom-made Ford Explorer XLT named Cherokee Truckster, and there are good reasons why.

If you've been living long enough to have witnessed the National Lampoon's Vacation from 1983, then the color and the whole styling of this SUV should ring a bell. This 1994 Explorer was born with a pretty rare color. It comes in "Metallic Pea" green, a perfect match to the iconic Wagon Queen Family Truckster from the road trip comedy movie.

David Mosley came up with the inspiration when he bought the vehicle with slight damage to the front passenger corner. It came with 90 percent of the original non-rusty paint, which, according to Mosley, is one of the only three 1994 Ford Explorer XLT units of this color and trim that have ever existed. You can see a photo of the original Explorer in its unique factory paint green in the gallery above.

Of note, Mosley owns the Cherokee Auto Group dealership in Canton, Georgia, hence the name of the Truckster.

Mosley noted that the Explorer came with several period-correct aftermarket goodies, radar, fiberglass running boards, chrome rocker, and fender moldings, among others. With that as the base, his team added a woodgrain package to honor the Griswold family's station wagon.

This Keaton Batmobile Replica Is Road-Legal And It's For Sale
⠀

Underneath the hood, the Cherokee Truckster is powered by a 4.0-liter V6 power plant connected to an automatic transmission. No details were given about its oily bits, but we suspect they are stock since the customizations were all for aesthetics only.

If this custom vehicle tickles your fancy, you have the chance to bid for it at the Mecum Auctions early next year. It will be on Lot W32 in Kissimmee 2021 and will be available for bidding on January 13th.