Who Knew Hearses Had Such An Interesting History?

The creepiest cars on the streets have been around for more than a century.

Hearses are not something we talk about a lot here at Motor1.com. Yes, occasionally, we mention new developments such as the upcoming Cadillac XT5, and sometimes we publish reports about weird things that happen with hearses, including one lapping the Nurburgring. But the truth is we don’t know enough about those ceremonial vehicles and their origins.

Our friends at Donut Media decided to finally shine some light and made a detailed research about the history of the hearses. In a new 12-minute video, Nolan from one of the most entertaining YouTube channels “looks at the centuries-old history of the creepiest car on the streets, and how its style has evolved over time.” 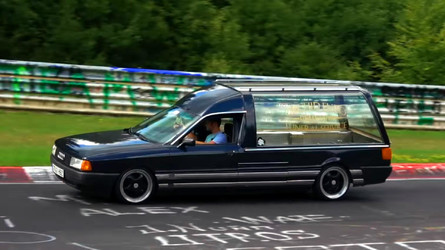 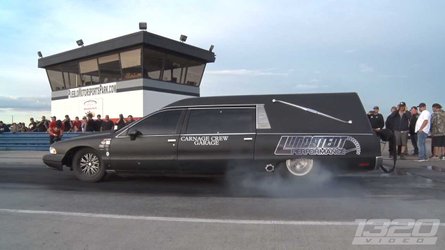 We have to admit we didn’t know the first motorized hearse in the United States was actually powered by an electric motor. Back in 1985, banker J.P. Morgan gifted the city of New York with an electric hearse, which was also used as an ambulance. The first hearse equipped with a combustion engine appeared in 1909 - it was basically a mix between the coach body of a horse-drawn carriage and the chassis and front end of a bus.

The only problem was that constructing such a vehicle was pretty expensive. More precisely, it is estimated that H. Durward Ludlow, the guy who commissioned the build, spent no less than $6,000, or the equivalent of about $185,000 today. For comparison, a traditional horse-drawn hearse cost a quarter of that price.

In that same year, a company started to build motorized hearses for commercial purposes. Crane & Breed Manufacturing of Cincinnati took design details from their horse-drawn hearses and implemented them into what they called auto hearses. The first model was powered by a four-cylinder, 30-horsepower combustion engine mated to a three-speed transmission and a chain-driven drivetrain.

Sounds interesting, right? Check out the video at the top of this page to learn more cool facts about the hearses.