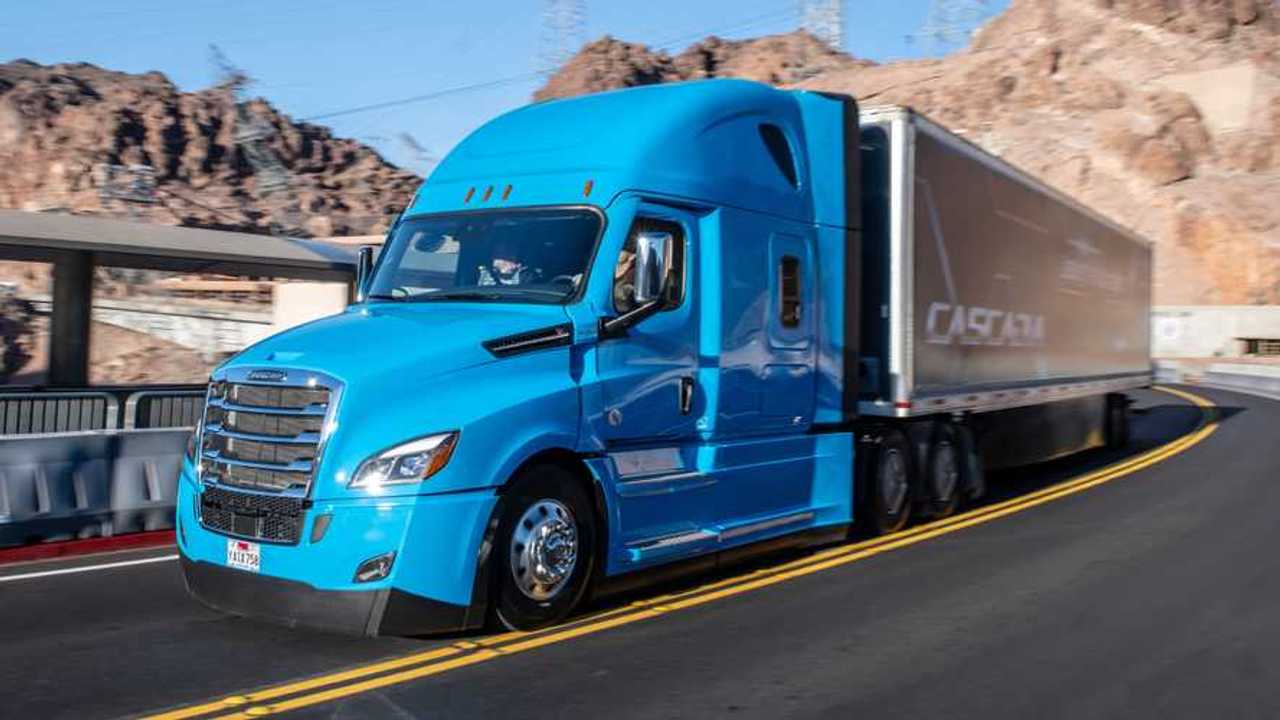 The two companies will work together on Level 4 tech for big rigs.

Are you ready for semi-autonomous semi trucks? Daimler recently announced a partnership with the autonomous gurus at Waymo to deploy Level 4 tech in the commercial realm. If the thought of an 80,000-pound rig controlled by computers is unnerving, take comfort in knowing this is just a partnership announcement with no timeframe on when such trucks could arrive. Considering Level 3 tech in cars is only just beginning, it could be awhile.

The partnership will leverage the extensive research, development, and testing of autonomous systems from Waymo with American truck manufacturer Freightliner, which is part of the Daimler family. The announcement on the partnership is very thin on details regarding the progression to Level 4, but the plan will start with Waymo Driver tech going into specially designed Freightliner Cascadia trucks. For now, the rollout is aimed only at the U.S. market "in the coming years" but could expand to other locations in the future.

Level 4 automation is a significant step from Level 2 systems such as Tesla's Autopilot or GM's Super Cruise currently in use, which can handle steering and throttle functions in certain situations but requires constant human contact to intervene if necessary. Level 3 systems offer limited environmental detection, meaning the technology has the capability to read the environment surrounding the vehicle and make decisions without human interaction. Level 4 expands that even further, giving the automated systems broad control in most situations though a human is still needed behind the wheel for occasional intervention.

The Latest On Automation:

The current-generation Audi A8 launched with Level 3 systems, and the new Mercedes-Benz S-Class also claims Level 3 automation. Audi ultimately dropped Level 3 for the A8 due to issues surrounding legislation and responsibility in the event of a collision. The S-Class will offer it only on select highways in Germany and only at slower speeds encountered with stop-and-go traffic, though even that system still hasn't officially entered use.

Level 3 systems have never been approved for widespread use in the United States, so that hurdle must be tackled before Level 4 can be considered in cars, never mind large commercial vehicles such as semis. The issue isn't necessarily the technology, but rather, the legal ramifications of using such automation and who would be at fault in the event of an accident.