Porsche 911 GT3 Spied Up Close And Personal Without Any Camo 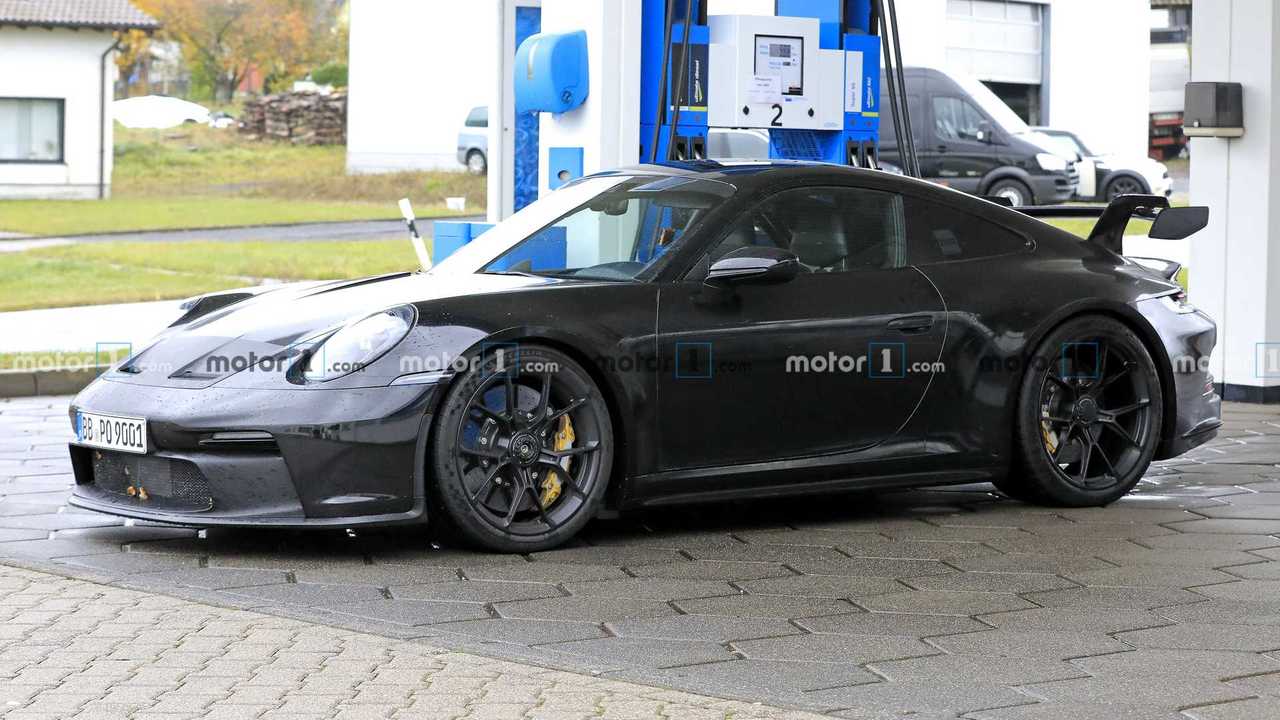 This is probably the best look we can expect before the official unveiling.

New spy shots let us see the new 992-generation of the Porsche 911 GT3 with seemingly no camouflage, except for leaving off the badges. The debut date is still a mystery, but the lack of concealment here makes us think the unveiling is sooner rather than later.

The front end of the new GT3 features an interesting design for the front fascia. There are vertical inlets at the corners. There's an open central portion that appears to direct air to the sides in addition to having an inlet in the center to flow through a radiator.

Just above the fascia on the tip of the hood, there are a pair of vents. Directing air though them might aid in creating downforce over the front axle.

The GT3 rides on big wheels with five spindly pairs of spokes and a single lug in the center. Big, cross-drilled brakes are easily visible, and the caliper is similarly massive.

Porsche overhauls the rear deck of the GT3 in comparison to the standard 911 Carrera. There's a narrow hole in the center, and portions with strakes lead downward on each side. A big wing with swan-neck mounting spans the opening between these elements. There's a little spoiler on the tip of the rear lip to shape the airflow as much as possible.

The rear bumper features outlets in each corner. Two circular exhausts come out of the center, and a diffuser occupies the rest of the lower area.

Power reportedly comes from an upgraded version of the previous-gen GT3's 4.0-liter naturally aspirated flat-six engine. The output is now likely around 550 horsepower (410 kilowatts) instead of 520 hp (387 kW) for the last one.

See More Of How The New GT3 Performs:

If you look at these images and think the new GT3 seems too mild, then there's good news because the even more motorsport-inspired GT3 RS is already deep into development. It wears parts like a hood with bigger vents, wider fenders, and a wing that sits even higher above the rear deck.

At the other end, Porsche is working on the GT3 Touring. It gets rid of the big wing in favor of a rear deck more like the 911 Carrera.