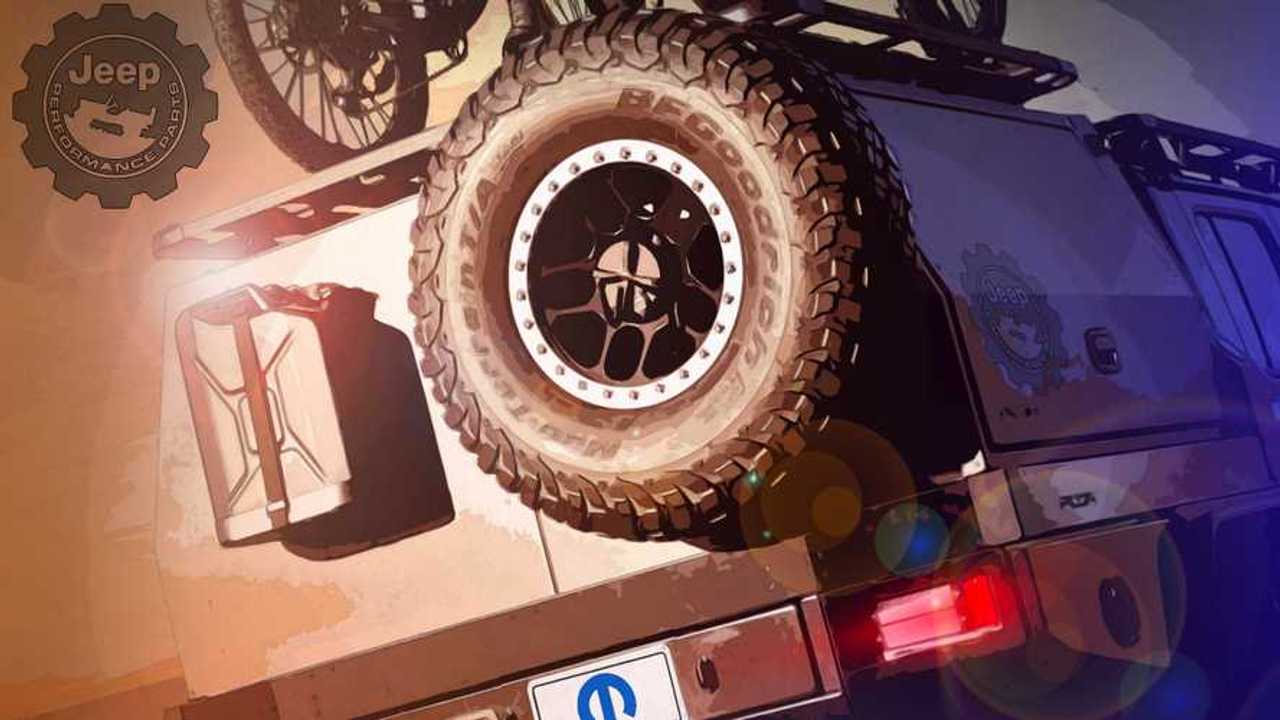 It looks ready for an overlanding adventure.

Jeep is no stranger to offering aftermarket parts thanks to its robust Mopar division, and the SEMA Show is often where the company previews upcoming new products and concepts. That’s changed for 2020 due to the coronavirus, forcing the show online as SEMA360. Jeep will be in attendance, and a teaser previews what to expect – a tricked-out Gladiator with a ton of interesting goodies to start. It’s been heavily modified.

The teaser only shows the rear of the truck, but it means business. The bed has been completely replaced with a flat floor, though a big box with an opening side sits on top of it. The bumper appears to feature an integrated slide-out tray while the box features a bike rack on top. The back of the box holds a large spare tire next to a jerry can. There’s also a compartment on the side of the bed between the rear tire and bumper.

It’s similar to the Jeep Gladiator Far Out Concept revealed back in August, though that featured a standard bed cab as opposed to a complete replacement. The revamped Specialty Equipment Market Association Show comes at a time when Jeep is facing increased competition. The new Ford Bronco looks to topple the Wrangler from its off-road throne, and Ford is trying to do that with a robust supply of aftermarket parts and accessories straight from the automaker.

We’re not sure which automakers and companies are planning to participate in SEMA360. However, Chevrolet Performance did just reveal its 1977 K5 Blazer-E – a converted SUV with the powertrain from a Bolt EV. SEMA360 begins November 2 and runs through November 6, and we’re certain we’ll see more automakers and companies teasing and previewing their products in the coming days. We also expect more exciting stuff from Jeep at the show.