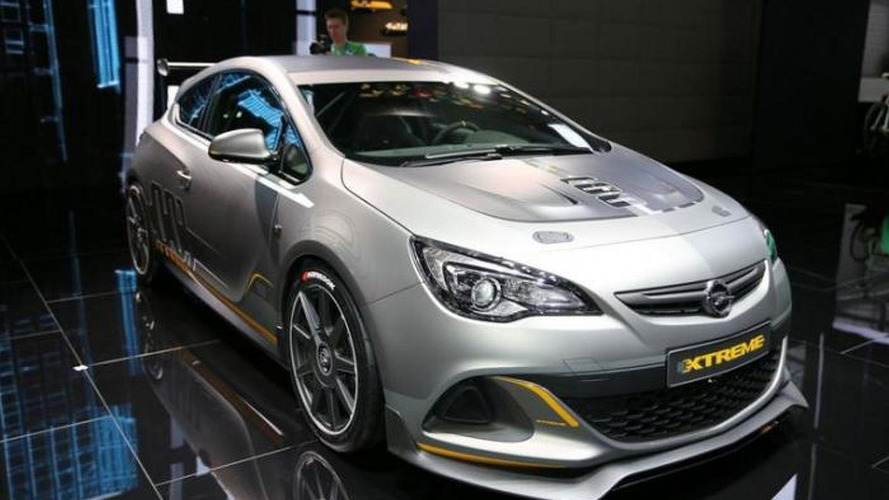 An Opel spokesman has confirmed a production version of the Astra OPC EXTREME concept will be introduced in 2015.

An Opel spokesman has confirmed a production version of the Astra OPC EXTREME concept will be introduced in 2015.

Opel's hottest ever Astra is currently being showcased at the 84th Geneva Motor Show in conceptual form but a limited production model will come out sometime next year. This information has been confirmed by a company spokesman who also said Opel will build between 50 and 300 units (including right-hand drive cars), depending on demand.

The Astra OPC EXTREME concept has gone through a 100 kg (220 lbs) diet compared to the regular OPC variant and also benefits from an uprated 4-cylinder, 2.0-liter turbo packing more than 300 bhp (224 kW). It has remained a front-wheel drive car and features a limited-slip differential along with a six-speed manual transmission.

The radical concept was fitted by Opel with 19-inch rims shod in 245/35 tires created specifically for this model which stops efficiently thanks to a Brembo braking system equipped with 370mm front discs. Most of the weight loss comes from the carbon fiber roof, wheels, hood as well as aluminum fenders. In addition, there are no back seats in the stripped-out cabin where there are Recaro bucket seats and six-point safety belts plus a carbon fiber-reinforced steering wheel and a safety roll bar.

The Opel Astra OPC EXTREME production version could be introduced at next year's Geneva Motor Show.