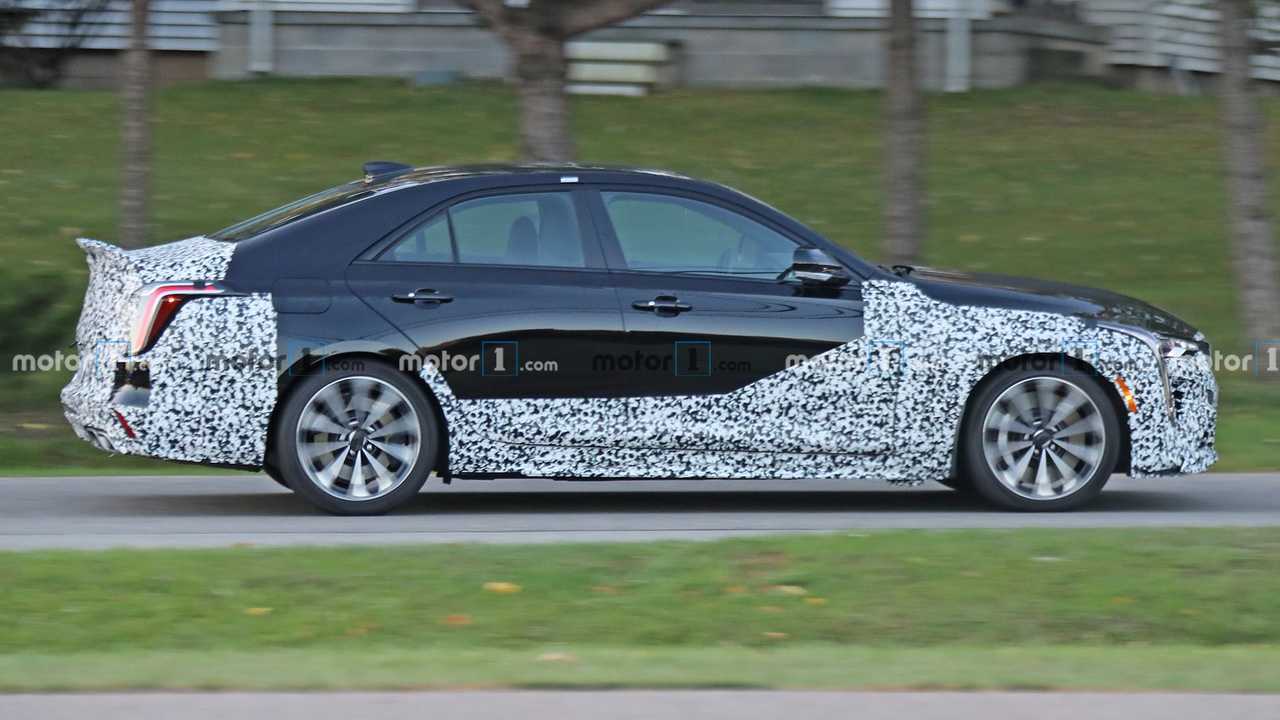 We might see it before the end of the year.

Spy shots of the Cadillac CT4-V Blackwing have been relatively rare in comparison to the CT5-V Blackwing. This new gallery shows the current state of the performance sedan's development.

While we generally start looking at a vehicle from the front, the most noticeable change to this CT4-V Blackwing is at the rear. In comparison to the earlier photos (gallery below), the trunk spoiler doesn't appear to have as steep of an angle. The part is still plenty big, though. There are still dual trapezoidal outlets coming out of each corner of the tail.

In front, there are no major changes other than this vehicle now wearing a Cadillac emblem. The front fascia features several louvered inlets in the corners, in addition to a larger opening in the center. The fenders look wider than on a standard CT4, too.

Despite its name, this vehicle doesn't use the Blackwing twin-turbo 4.2-liter V8. Instead, there's probably a V6 under the hood. The engine might even be a version of the twin-turbo 3.6-liter V6 from the old ATS-V. As a reminder, that mill made 464 horsepower (346 kilowatts) and 445 pound-feet (603 Newton-meters) of torque.

Cadillac says that buyers would be able to specify a manual gearbox. Customers who prefer an automatic would allegedly be able to get a 10-speed transmission.

What We Know About The Cadillac CT4-V Blackwing:

If COVID-19 hadn't messed with everyone's plans in 2020, we might have seen the CT4-V Blackwing this year. Instead, it was allegedly among the many models that General Motors delayed. The sport sedan's debut still might happen this year, but sales wouldn't commence until 2021.