It can fit nine soldiers and their gear.

GM Defense has delivered its first Colorado-based Infantry Squad Vehicle (ISV, for short) to the United States Army. The pickup-derived vehicle is able to carry a nine-soldier squad and all of their gear through an all-terrain environment. The company is building 649 of them as part of a $214.3 million military contract, and there's a possibility of increasing production to 2,065 vehicles over the next eight years.

Around 90 percent of the ISV uses off-the-shelf parts, including bits from the Colorado ZR2 and Chevrolet Performance race components. Rather than being a pickup like the Colorado, the engineers use the area usually for the cargo bed to add extra seats. An extensive network of roll bars helps protect the occupants if the driver pushes things too far.

Power comes from a 2.8-liter Duramax four-cylinder turbodiesel engine, but GM Defense isn't disclosing the output beyond saying it has more than 186 horsepower (139 kilowatts) and 369 pound-feet (500 Newton-meters). The power runs through a six-speed automatic to a two-speed transfer case. The four-wheel-drive system includes electronic locking differentials at both ends.

GM Products For The Military: 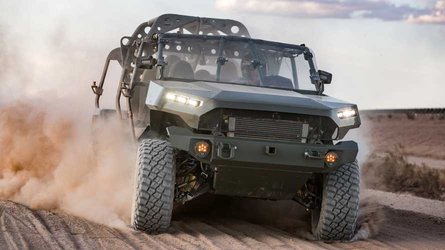 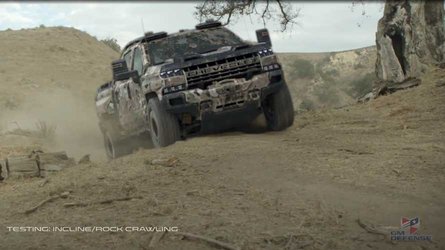 For easier transport, the ISV is light enough for a UH-60 Blackhawk helicopter to sling load it beneath the aircraft. The vehicle is also narrow enough to fit inside a CH-47 Chinook helicopter.