2015 Lexus NX crossover to debut in Beijing on April 20th 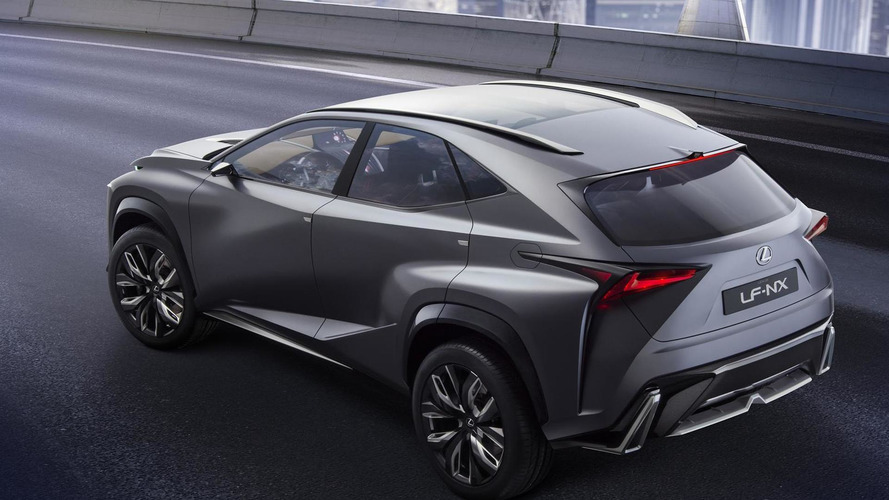 Lexus has announced plans to introduce the 2015 NX crossover at the Beijing International Auto Show on April 20th.

Lexus has announced plans to introduce the 2015 NX crossover at the Beijing Auto Show on April 20th.

Previewed by the LF-NX concept, the 2015 NX will slot below the RX and become "Lexus’ first entry into the growing segment of premium compact crossovers."

Additional information is limited but Toyota North America CEO Jim Lentz apparently showed an undisguised picture of the model during a presentation earlier this year. The image revealed the crossover had an IS-inspired front fascia with a prominent spindle grille and familiar LED daytime running lights that sit below the headlights.

Lexus has been coy on powertrain details but the model is expected to offer a turbocharged 2.0-liter four-cylinder engine and an all-wheel drive system.