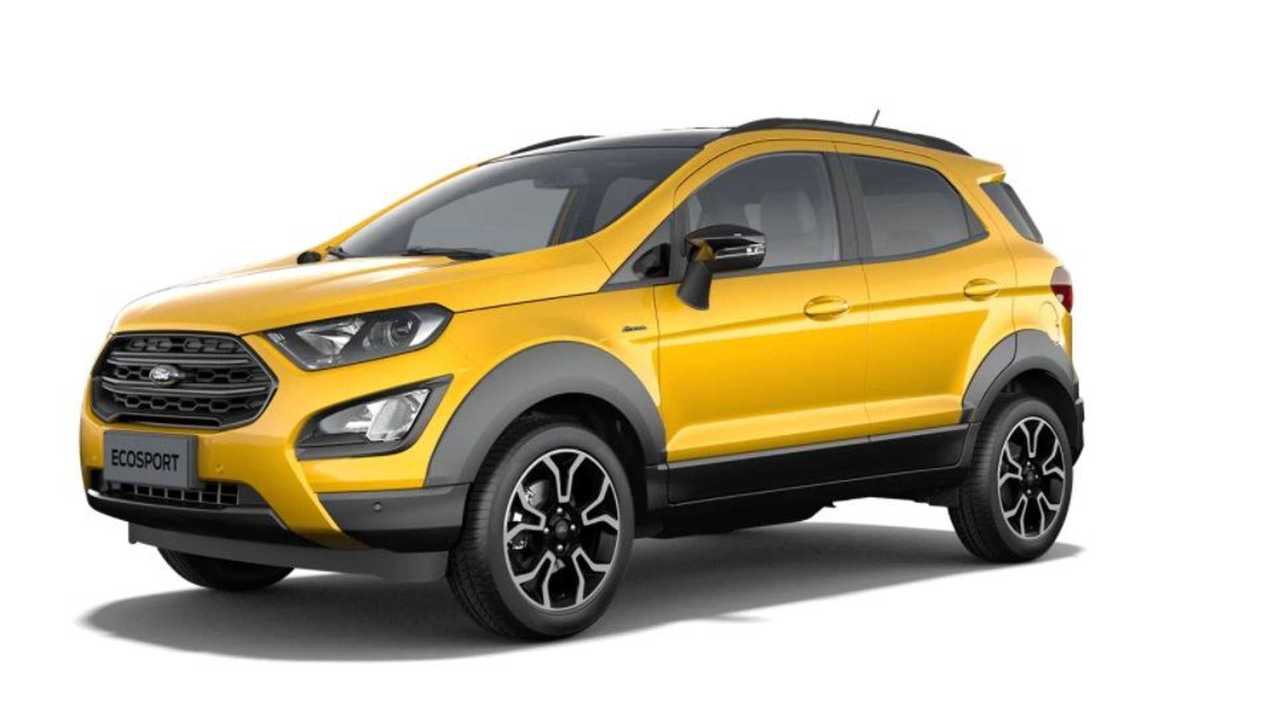 You weren't supposed to see these photos until November 6.

Ever since Ford introduced the Puma back in mid-2019, the EcoSport hasn’t been getting a lot of attention. It’s perfectly understandable considering the newer of the Blue Oval’s small crossovers has a more interesting design and carries a cooler name, not to mention it’s offered in an ST flavor and is generally more appealing.

As a reminder the EcoSport is still around, Ford of Europe teased a while back an extension of the lineup with the addition of an outdoorsy Active trim. It’s officially set to debut on November 6, but the folks over at Autonoción somehow got their digital hands on a comprehensive gallery. We get to see the mildly rugged pint-sized crossover from just about any angle, inside and out.

It looks exactly as you’d expect, complete with plastic body cladding around the wheel arches along with front and rear faux skid plates, tinted windows, and a new alloy wheel design. The Active models in the adjacent photo gallery have a two-tone look with a contrasting black finish for the roof and side mirror caps. If it looks a bit familiar, that’s because Ford is already selling a similar version in Brazil where it carries the Storm suffix.

Autonoción reports Ford will sell the EcoSport Active in Spain exclusively with a 1.0-liter EcoBoost engine in the 125-horsepower specification with a six-speed manual gearbox. Despite its visual off-road upgrades, don’t hold your breath for all-wheel-drive as the Active will have an FWD-only setup, at least in Spain. In some markets, the EcoSport can be had with AWD, including the aforementioned Storm version.

In Spain, Ford will offer a generous amount of standard kit, varying from automatic headlights and cruise control to traffic sign recognition and automatic climate control. Autonoción reports the local EcoSport Active will also boast push-button start, leather/suede upholstery, and an eight-inch infotainment with Apple CarPlay and Android Auto integration – all for a starting price of €24,100.

It’s unclear at this point whether Ford will sell the EcoSport Active in the United States or the new version will remain a European affair. Some would argue a better decision would be to bring the Puma to North America, including the 197-horsepower ST version to compensate for the demise of the Fiesta ST.