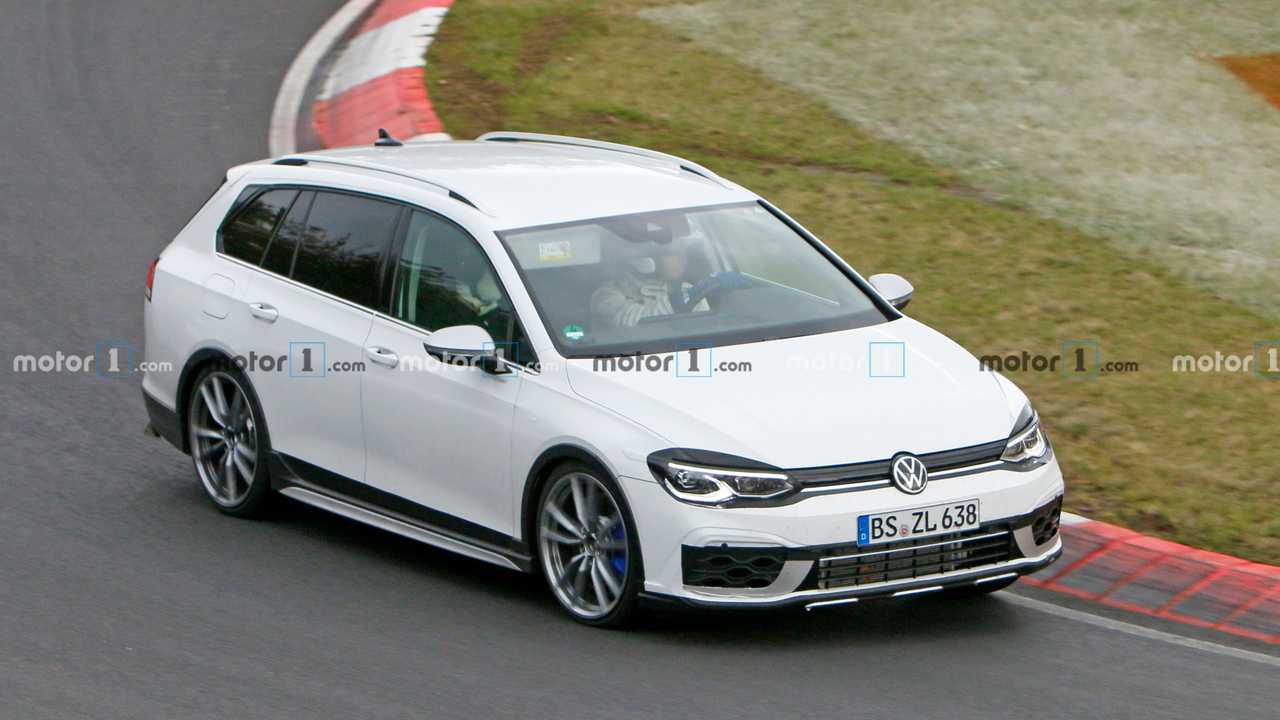 It kind of looks like a Golf R Alltrack, which would be one heck of a car.

November 4 will be the day when VW is going to reveal the new Golf R, but are we going to see the wagon as well? That remains to be seen, and in the meantime, here are some fresh spy shots with the speedy estate during final testing at the Nürburgring. Oddly enough, the prototype appears to borrow some bits and pieces from the Alltrack, sans the jacked-up suspension and the chunky tires.

While a Golf R Alltrack would be the perfect all-in-one VW, we highly doubt it’s going to happen. Using bits and pieces from other Golf versions is likely the company’s funny way of hiding the real R Variant. The front bumper and plastic body cladding on the wheel arches may say Alltrack, but the quad exhausts, blue brake calipers, and the skinny tires are dead giveaways we’re dealing with the performance wagon.

VW slapped on some disguise around the headlights and on the grille while applying stickers on the taillights to make them look like they were borrowed from the Golf Mk7 Variant. The alloy wheels are different compared to those fitted to the Alltrack and are more fitting for the R’s sporty nature. There will likely be other designs to choose from, available in sizes that should reach at least 19 inches.

While VW hasn’t said anything about what will power the new Golf R, we’re expecting the same 2.0 TSI found in the Tiguan R and Arteon R / Arteon R Shooting Brake. That means 316 horsepower and 310 pound-feet (420 Newton-meters) in a DSG-only configuration with 4Motion all-wheel drive as standard equipment.

If you recall, there was a rumor about VW wanting to use the inline-five turbo from Audi, but the peeps from Ingolstadt allegedly refused to share their 2.5-liter TFSI powertrain. Interestingly, recent reports indicate SEAT’s Cupra Formentor will be blessed with the 400-horsepower engine, but that remains to be seen.

While Volkswagen of America has confirmed the Golf R Mk8 (along with the GTI) is coming, we wouldn't hold our breath for the long-roof version. Why? Because the SportWagen and Alltrack have already left the US market where crossovers and SUVs are killing cars left and right.