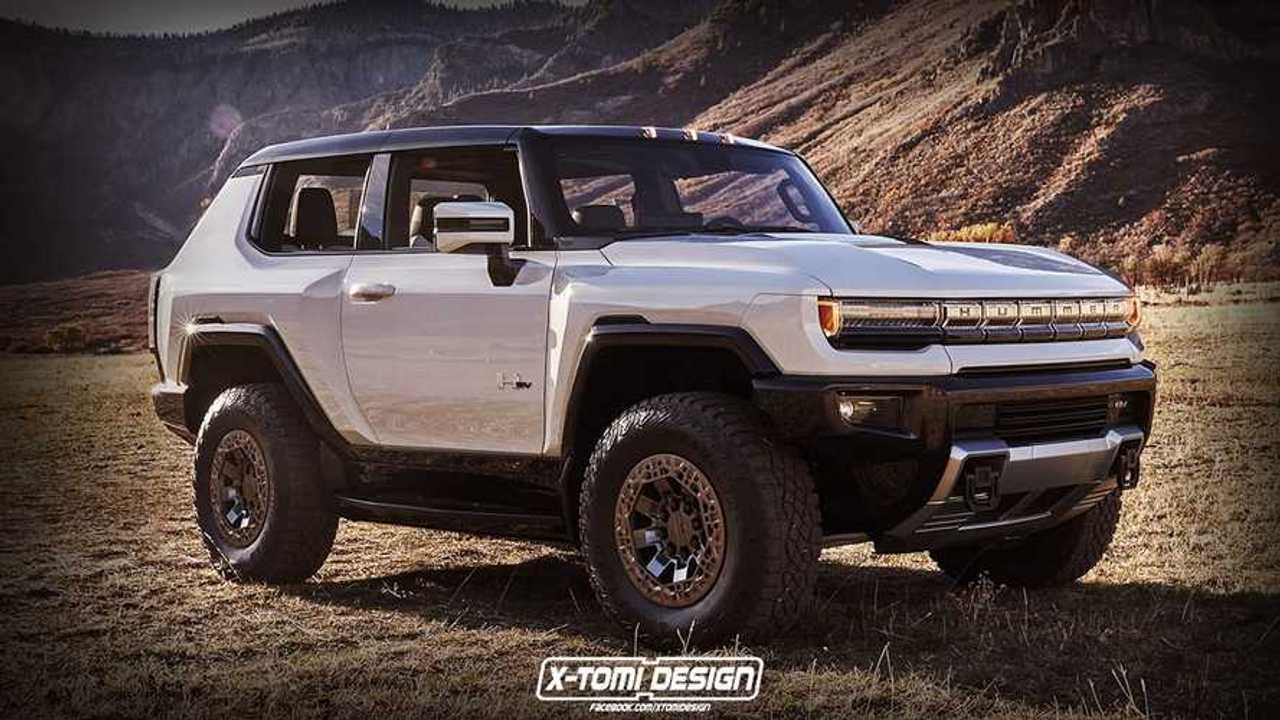 It won't likely happen, but here's a fan rendering to help you imagine.

Even before its launch, the GMC Hummer EV has been all-but-guaranteed to get an SUV version, sized similarly with another GMC SUV, the Yukon. It will also likely get a three-row seating configuration, offering more people-hauling capabilities than its current form.

But the returning Hummer is one massive truck, even wider than the Sierra and the Ford F-150 Raptor. While it trumps over heavy-duty trucks in terms of girth, the Hummer is shorter than both, which puts it amid the mid-size and full-size trucks in terms of overall length.

While most SUV buyers prefer this size in their EV SUVs, some might look for a shorter version. Fret not as X-Tomi Design has made a rendering of a shorter Hummer SUV to help you imagine what would that could look like.

This fan rendering is, of course, fictional and won't likely happen as far as current reports suggest. Then again, with a three-door configuration and a shortened wheelbase, we couldn't resist but wish for it to become a reality. After all, a shorter wheelbase means more possible obstacles to conquer. Imagine all the fun you could have with this off-roader.

Real GMC Hummer EV Prototype That Moves Exists, See It Inside And Out

The idea of a three-door Hummer SUV sounds attractive, though we can't help but notice that this rendering looks disproportionate, especially with its long hood. We also kind of see a hint of a Toyota FJ Cruiser with its shape, along with the contrasting roof color and squared-off wheel arches. A bit of a mashup, don't you think?

Then again, as we mentioned, this short-wheelbase SUV won't likely make it in real life so don't get your hopes up – at least for now.