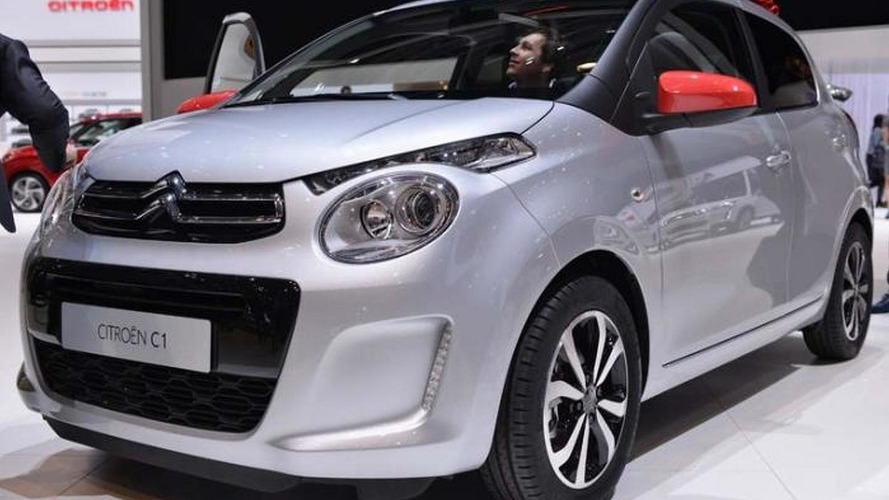 Citroen is exhibiting these days in Geneva the all-new C1 scheduled to reach dealerships later this year.

Citroën is exhibiting these days in Geneva the all-new C1 scheduled to reach dealerships later this year.

Sharing platform with the second generation Peugeot 108 and Toyota Aygo, Citroën's C1 has the most radical styling of the trio with a peculiar headlight arrangement sending a bit of a Juke vibe. Other than that, the French supermini shows an obvious evolution in terms of design over its predecessor and will be offered in three body styles as besides a three- and a five-door there will also be an open-top derivative sold under the "Airscape" moniker and equipped with a roll-back fabric roof.

The second generation C1 is 3.46 meters long, 1.62 meters wide and the lightest version tips the scales at only 840 kg (1,851 lbs). Engine choices will include three-cylinder 68 bhp 1.0-liter Airdream and 82 bhp 1.2-liter motors fitted with a start/stop and coupled to a five-speed manual gearbox or a five-speed automated manual transmission known as "Efficient Tronic Gearbox."

For the interior Citroën will be offering a seven-inch touchscreen that can mirror the owner's smartphone display while other goodies will include heated front seats, climate control, reversing camera and a hill start assist system.

Sales are expected to commence in the second half of 2014.