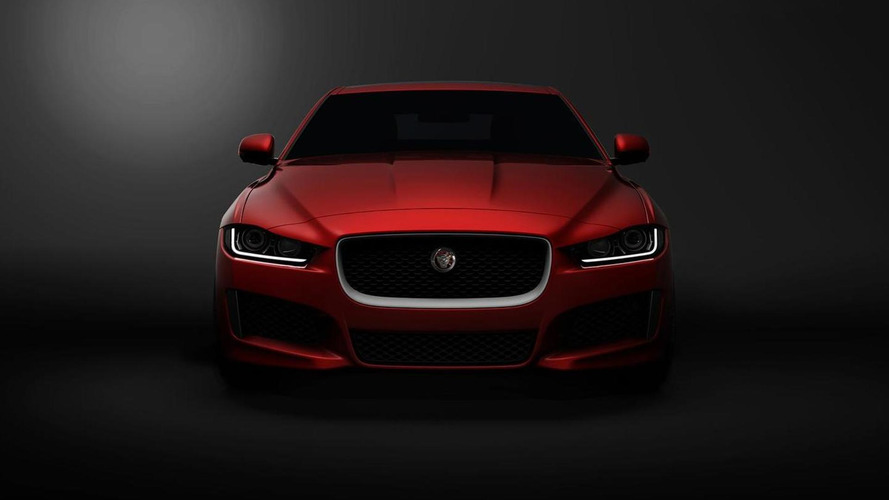 Jaguar has finally announced the "XE" entry-level sedan which will go on sale in the middle of next year.

Jaguar has finally announced the "XE" entry-level sedan which will go on sale in the middle of next year.

It will be the company's first production model to ride on a newly developed aluminum architecture which was implemented on the C-X17 concept. At the same time the Jaguar XE will represent the first model in its segment to feature an aluminum monocoque and will be powered by newly developed four-cylinder 2.0-liter gasoline and diesel Ingenium engines.

The attached photos show Jaguar's 3-Series competitor will adopt a sloping rear windscreen together with a short rear overhang. Up front will be a low-positioned nose and generous intakes together with a spoiler lip and LED daytime running lights.

Following its market release in mid-2015, Jaguar has revealed plans to introduce a high-performance derivative capable of reaching a top speed of 186 mph (300 km/h) as well as a more frugal variant with CO2 emissions of less than 100 g/km.

The model will slot underneath the XF and will reportedly carry a starting price of less than 30,000 GBP. Further details will be released later this year and the range is expected to expand with coupe, convertible and estate body styles.