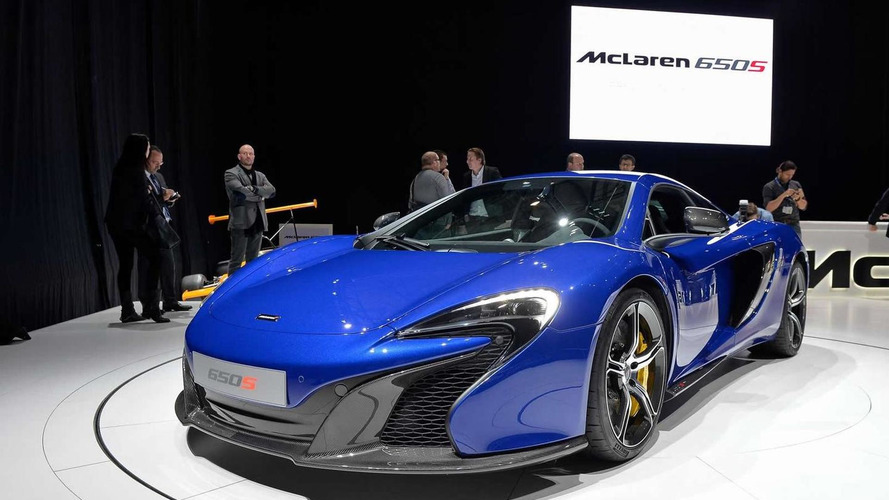 McLaren has introduced the 650S Coupe at the Geneva Motor Show. It will slot between the 12C and P1.

McLaren has introduced the 650S Coupe at the Geneva Motor Show.

Designed to "provide the ultimate in driver engagement on the road and on the race track," the 650S  is heavily influenced by the 12C and P1. As a result, the car is extremely aerodynamic but generates impressive downforce at speed.

The déjà vu design continues in the cabin as key components are shared with the rest of the McLaren lineup. Despite this, the car comes nicely equipped with Alcantara upholstery, carbon fiber trim and an IRIS infotainment system. Options include an electric steering column, a rearview camera and carbon fiber racing seats - just to name a few.

According to McLaren CEO Mike Flewitt, "The McLaren 650S represents 50 years of road and racing car know-how. Everything we’ve learnt from the 12C and the McLaren P1 has gone into this car, creating a car with the widest breadth of capabilities of any production supercar. It’s also a new benchmark in pure driving excitement."