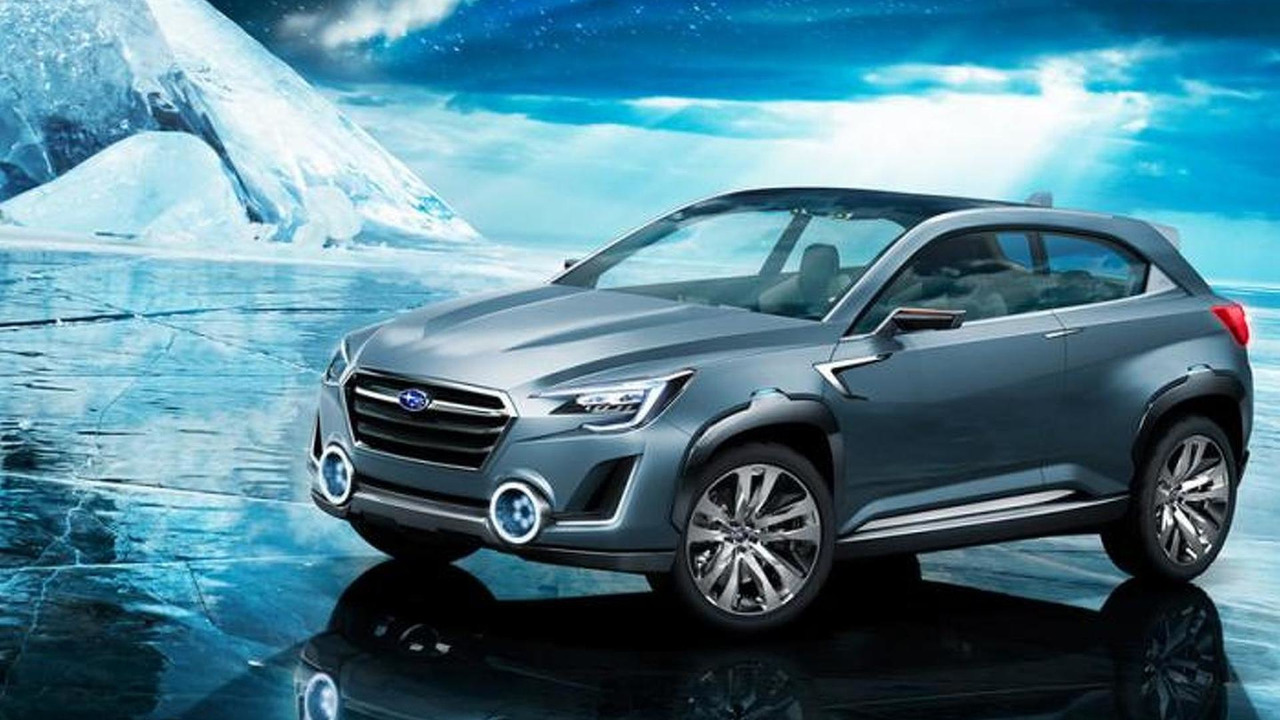 Subaru has presented its next generation Viziv concept at the 84th Geneva Motor Show. A year ago, during the same exhibition, the brand released the first Viziv Concept, which was followed by the Viziv Evolution Concept from 2013 Tokyo Motor Show.

According to the Japanese carmaker, the Viziv 2 Concept achieves integration of apparently-opposing elements such as "environmental friendliness and driving performance" or "design and utility" at a high level.

On the outside a hexagonal grille together with the headlights aim to create a solid design feel. The core hexagonal shape of the body is repeated again in the rear, where the lamps make a wider and stronger appearance.

The show car is a future-generation plug-in hybrid crossover concept with a small 1.6-liter horizontally-opposed direct injection turbo engine. The petrol unit is combined with one front motor and two rear motors through a high-torque-compatible Lineartronic CVT transmisiion.

The "Independent-rear-motor-driven symmetrical AWD" system is previewing the future generation of Subaru AWD technology, providing fine-tuned control of the four wheels to match the travel environment and road surface conditions. The hybrid system components are optimally placed to maintain the symmetrical AWD layout. Subaru promises this would deliver a good driveability based on low center of gravity and weight balance.