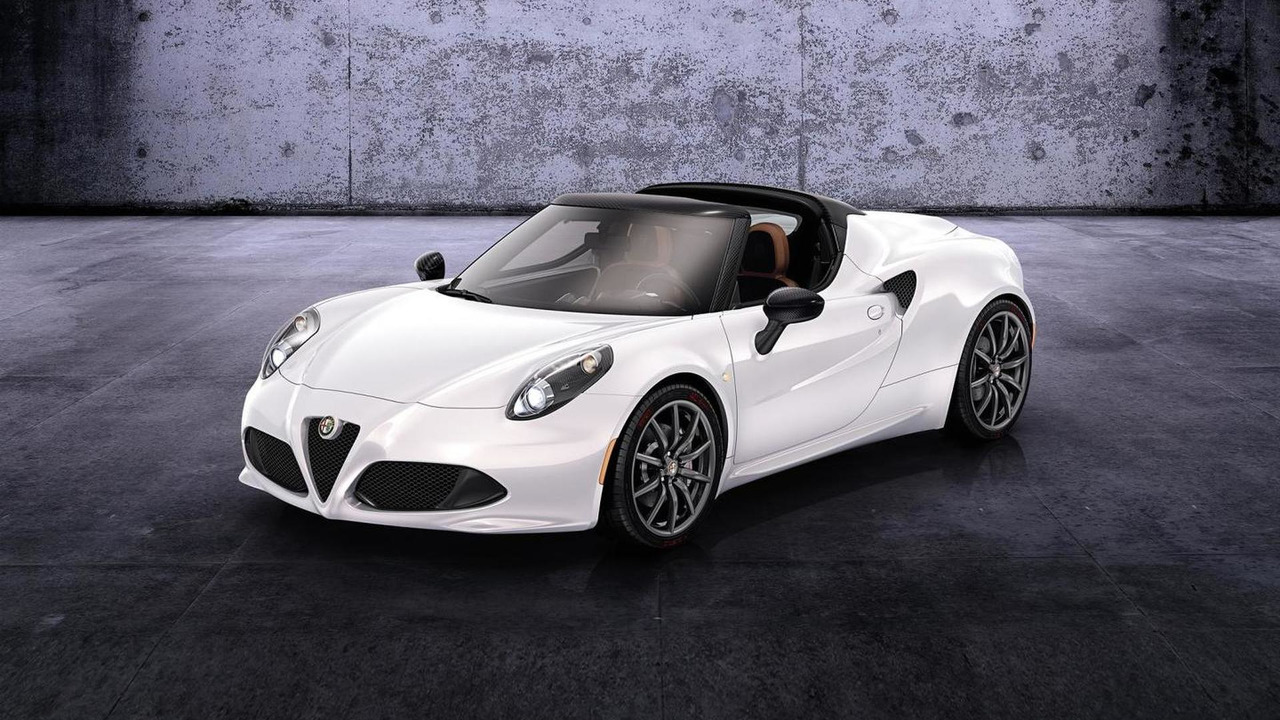 It turns out previous rumors were spot on as Alfa Romeo has unveiled today in Geneva the 4C Spider concept.

It turns out previous rumors were spot on as Alfa Romeo has unveiled today in Geneva the 4C Spider concept.

Without any doubt one of the most beautiful cars at the Swiss show, Alfa's 4C Spider has just about the same design as the coupe but features a canvas soft top and carbon fiber rollover bars. The same lightweight material was used for the windscreen frame and spoilers and as a consequence the conversion to an open-top model has added only 60 kg (132 lbs).

The show car in Geneva has a centrally-positioned dual exhaust system with titanium and carbon tailpipes provided by Akrapovic with an electrically-operated valve system improving not only the car's performances but also its soundtrack. Another novelty is represented by the more attractive carbon fiber clamshell headlights, together with restyled alloys wrapped around in Pirelli tires.

Alfa Romeo has announced the 4C Spider is slated to enter production phase early next year.