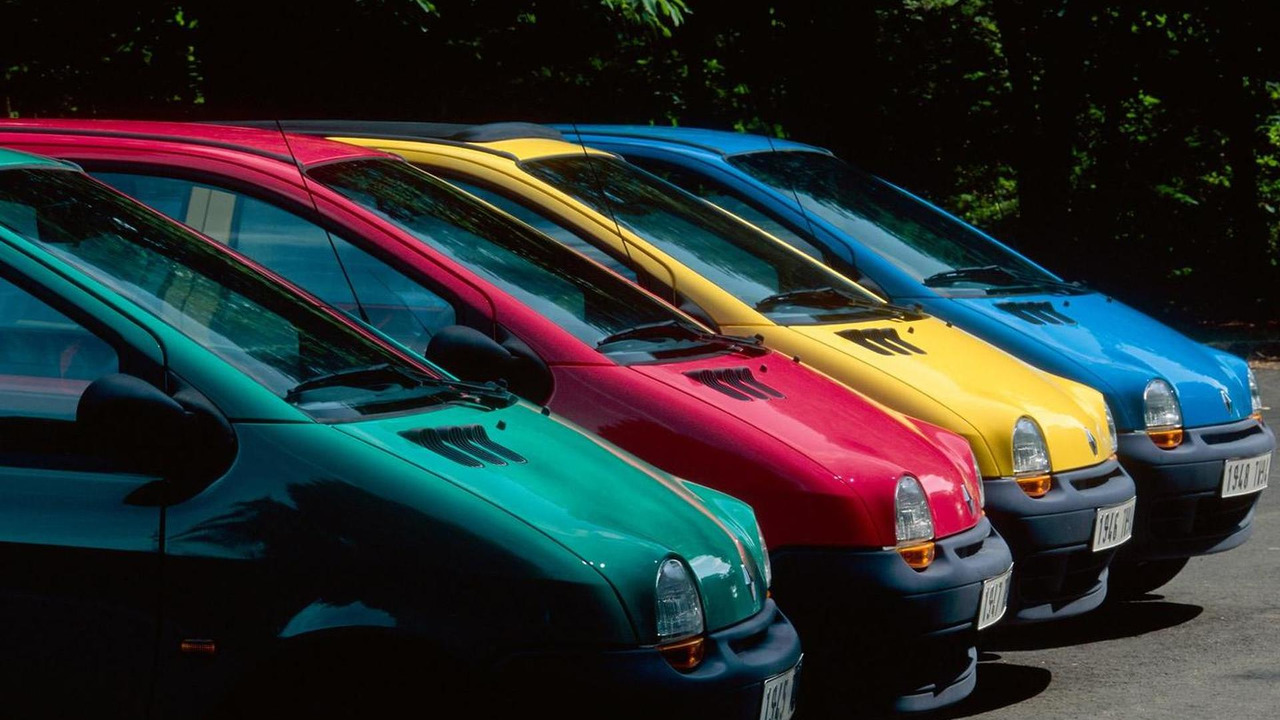 The third generation Renault Twingo has been officially revealed today at the 2014 Geneva Motor Show.

The third generation Renault Twingo has been officially revealed today at the 2014 Geneva Motor Show.

One of the most interesting models in recent years to wear Renault's diamond logo is the all-new Twingo, a rear-wheel drive city car which promises to be a lot of fun thanks to a rear-mounted engine. The petite vehicle is 3.59 meters long, 1.64 meters wide and 1.55 meters tall, with a 2.49-meter wheelbase that has grown by 13cm compared to its predecessor allowing the model to offer a best-in-class knee room.

Sharing its platform with the next-gen Smart ForTwo, the 2014 Twingo will be available with the company's familiar three-cylinder 0.9-liter TCe turbocharged gasoline engine outputting 90 HP (66 kW) and 135 Nm (100 lb-ft). Renault has also developed a naturally-aspirated 1.0-liter variant of the motor called SCe 70 which offers 70 HP (51 kW) and 91 Nm (67 lb-ft). These two engines will work with a five-speed manual transmission sending power to the rear axle.

Renault has revealed today the Twingo's interior with a rather simple dashboard dominated by a touchscreen display on the higher-spec variants. Various color combinations will be available to spice up the cabin along with a 50/50 folding rear seat and a generous 219-liter cargo capacity as well as an extra 52 liters from other stowage solutions.

Inside will be Renault's latest generation of the R-Link multimedia system incorporated in the uncluttered dashboard and offering support for the R & GO app allowing the driver to link a smartphone to the car's radio and access other functions such as 3D navigation, telephone, trip computer and media data.

The all-new Renault Twingo is slated to go on sale in the second half of this year and will be available with four "pop" colors: light blue, yellow, white and red.

Check the press release below for further information.