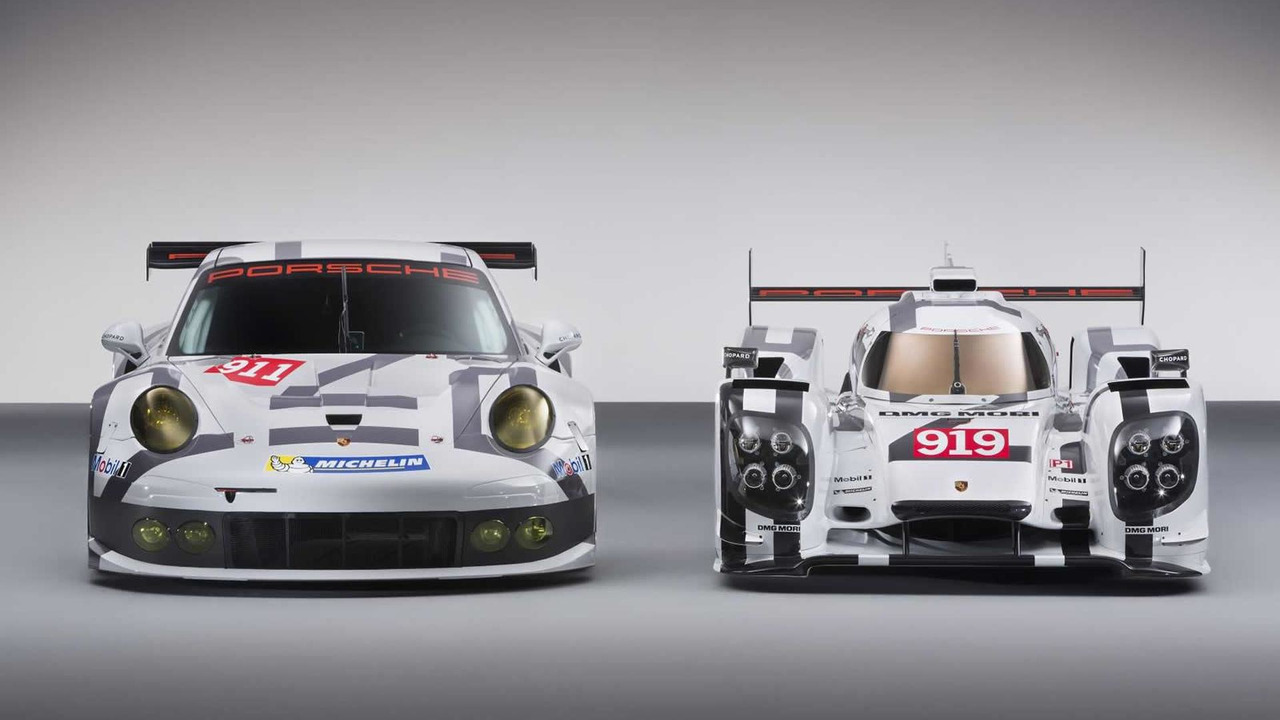 The Porsche 919 is a LMP1 contender packing a hybrid system consisting of a newly developed single-turbo V4 2.0-liter direct-injection gasoline engine working with a front axle-mounted electric motor and a lithium-ion battery pack. The V4 engine revs up to 9,000 rpm and sends its power to the rear wheels while the electric component provides drive to the front wheels so the 919 Hybrid offers temporary AWD.

It has received two energy recovery systems in the form of brake energy recuperation and a thermal energy recovery system incorporated in the exhaust system. It boasts an eight megajoule / lap energy recuperation boost function, representing the maximum allowed under current LMP1 rules. Porsche's gasoline-electric hybrid has been developed to fully respect all LMP1 regulations which impose a maximum length of 4,650mm, up to 1,900mm width and 1,050mm height, while the curb weight must be of at least 870 kg (1,918 lbs).

According to Porsche, the 919 Hybrid has spent no less than 2,000 hours testing in the wind tunnel ahead of the racecar's participation this June at Le Mans with the following drivers: Mark Webber, Neel Jani, Timo Bernhard and Romain Dumas along with works drivers Marc Lieb and Brendon Hartley.