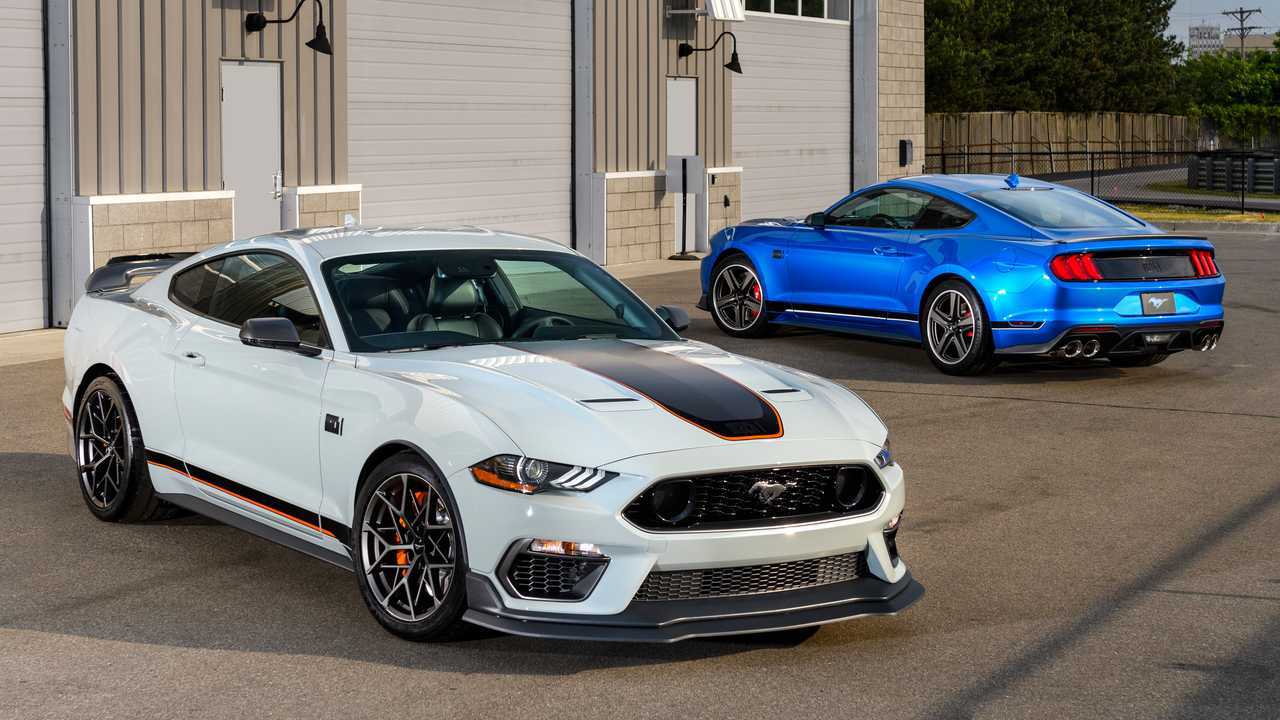 The GT500’s supercharged V8 will keep it safe on longer ones.

Update: A Ford spokesperson reached out to Motor1.com after this story was published to clarify that Owens had mistakenly said GT500 instead of GT350, the latter of which is what he actually meant to compare the Mach 1 to. The headline has been corrected to reflect this.

The overlap between the new 2021 Ford Mustang Mach 1 and other Mustang variants, like the GT350, is well documented. Ford is making space in its lineup for the Mach 1's return, though it's coming at a cost. The Bullitt, GT350, and the GT Performance Pack 2 are all being discontinued for 2021, though Ford is adamant the Mach 1 will pack a performance punch, saying that it's close to the GT500 "from a handling standpoint."

How close? According to Mustang brand manager Jim Owens in an interview with Ford Authority, the Mach 1 will be "very, very close to the GT500" on a short road course, adding that it's "within spitting distance" of the top-tier Shelby. However, Owens quickly noted the GT500's advantage on longer courses thanks to its supercharged 5.2-liter V8. The mill makes 760 horsepower (566 kilowatts) compared to the Mach 1's 480-hp (358-kW) powered 5.0-liter V8. The 5.0-liter pairs with either a Tremec six-speed manual or a 10-speed automatic transmission.

The Mach 1 will represent the pinnacle of performance for Ford's 5.0-liter mill, though the model is borrowing a ton from the automaker's parts bin. For example, the Mach 1 features heat exchangers from the GT350 while Ford took the GT500's rear-axle coolers for the new Mustang variant. Even the front and rear subframes are Shelby spec with a ton of upgrades made o the suspension. Ford Icons Director Dave Pericak did say the Mach 1 will be Ford's "most track-capable 5.0-liter Mustang ever."

Get Up To Speed On Mach 1 News: