It'll be joined by a high-riding Bolt EUV.

Chevrolet has many new electric or electrified vehicles under development. One of them is a comprehensively refreshed version of the Bolt, which will be joined by a high-riding version called Bolt EUV. The latter will essentially be a rebadged and slightly changed version of the Buick Velite sold in China, while the former will be a direct successor to the original Bolt launched in 2016. Today we can share the first spy shots of the new Bolt.

The photos come courtesy of our colleagues and friends at CarExpert in Australia but were actually taken by a contributor for the publication in New York. A Bolt prototype was parked on an almost empty car park giving journalist Derek Fung enough time and space to grab a few shots.

From what we are able to see so far, the zero-emission hatchback looks sharper than the outgoing Bolt. It’s too early to say for sure but it seems that the front end will be heavily inspired by the new Blazer - and this also seems to include the split headlights. A camouflage layer is still covering the front fascia but two rows of lights are sneaking underneath.

Not much is known about what’s going on under the skin though. The current generation Bolt is powered by an electric motor delivering a peak output of 201 horsepower (150 kilowatts) and 266 pound-feet (360 Newton-meters) of torque. The range between two charges is 258 miles (416 kilometers) measured by the EPA standards. 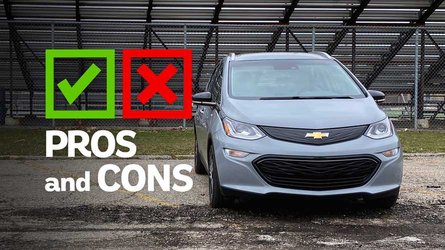 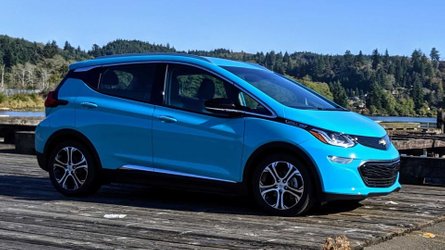 It’s worth mentioning that the China-only Buick Velite is less powerful at 174 hp (130 kW), while at a single charge of the batteries it can travel up to 311 miles (500 km) measured by the NEDC.

More should be revealed next year when the new Bolt will make its official debut. We expect it to arrive at some point towards the second half of the year with sales kicking off in late 2021 or early 2022.