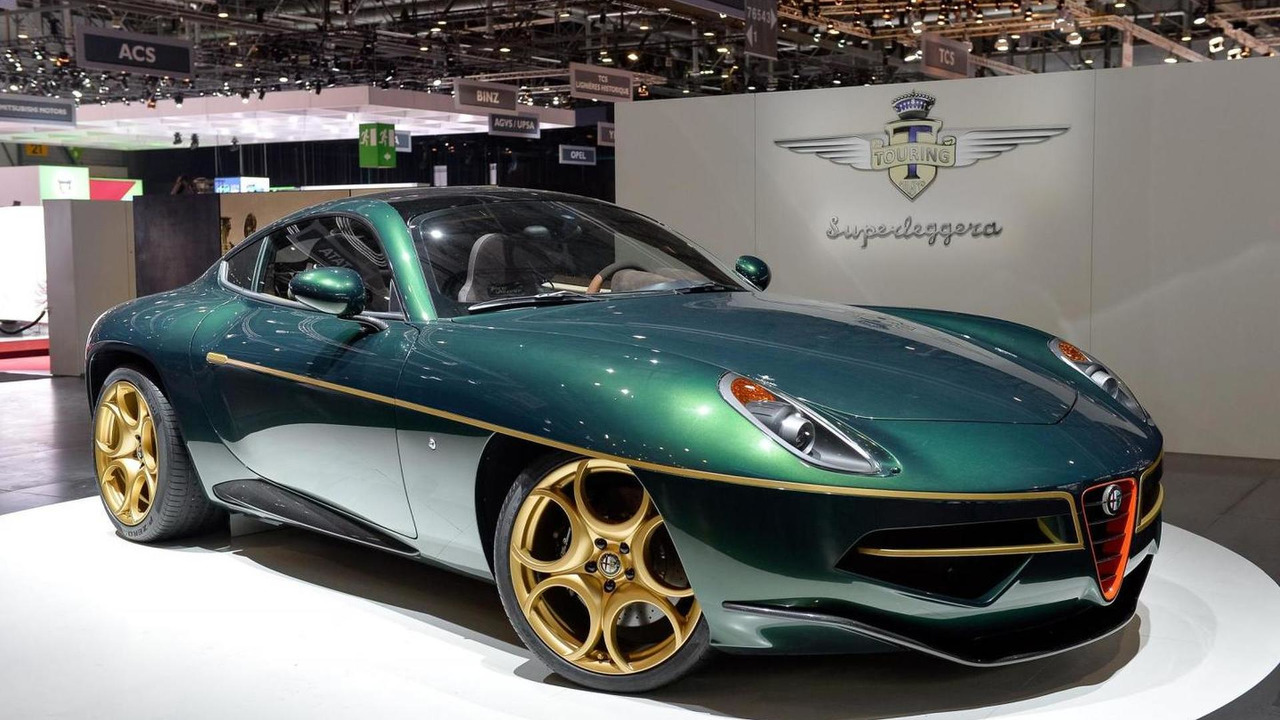 We have another video of an interesting car arriving at the 2014 Geneva Motor Show. This time it is the Alfa Romeo Disco Volante that joins the Swiss auto show.

Back in 2012 the Italian coachbuilder Touring Superleggera revealed the stunning coupe as a concept. A year later, again at the Geneva Motor Show, the vehicle appeared in its final production version. Now the car will be showcased in a new paint scheme.